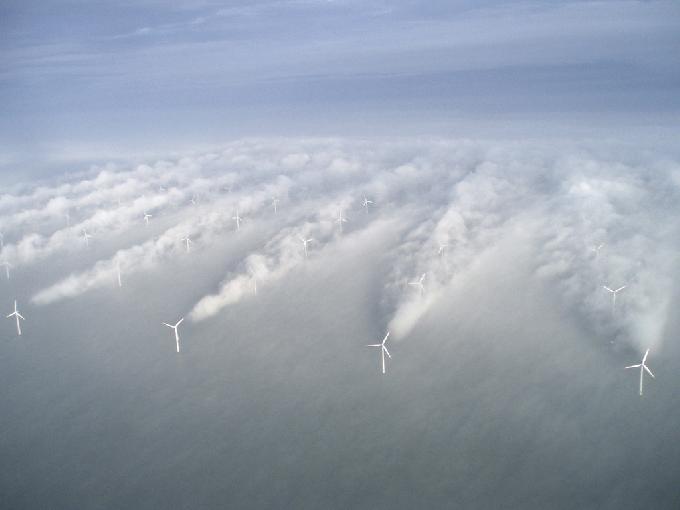 Yuji Ohya, a professor of renewable energy dynamics and applied mechanics, and his team at Kyushu University have impressed a  Japanese consortium enough to attract an investment of $1.5 billion in an offshore wind power plant that will employ a new technology known as a “Wind Lens.”  As Japan abandons its nuclear power aspirations in favor of sustainable and clean energy, new technologies and innovative designs are making the future for Japan brighter.

In order to replace nuclear power plants Japan will invest $700 billion in renewable energy infrastructure by 2030.  As Japan’s mountainous terrain does not lend itself to onshore wind farms, offshore wind farms are now one cornerstone of the alternative energy strategy.  A hexagon based platform has been designed to be sturdy enough to handle marine conditions but low cost enough to make the project’s wide application feasible.

It is estimated that one wind farm will produce as much energy as one small nuclear power plant.    Pilot installations will come first at a capacity of 7.5MW.  After that, installations will be scaled to provide 300MW-1000MW. Japan estimates it can build up to 1,600GW (gigawatts) of offshore wind power capacity in the future.

Wind power generation is proportional to the “third power” of the wind speed.  The faster the wind speed the more power generated.  Researchers have developed a “shrouded” wind turbine using a simple design that creates vortices behind the “shroud” structure, drawing more air flow mass into the wind turbine.  A “brim” is attached to a diffuser shroud to collect more wind, accelerating throughput.  Strong vertices created by the diffuser and brim create low pressure behind the turbine, increasing the pressure difference so that more wind flows into the wind lens.

There are a number of engineering challenges in scaling the technology but the Kyushu team believes it is technically possible and so do their supporters.