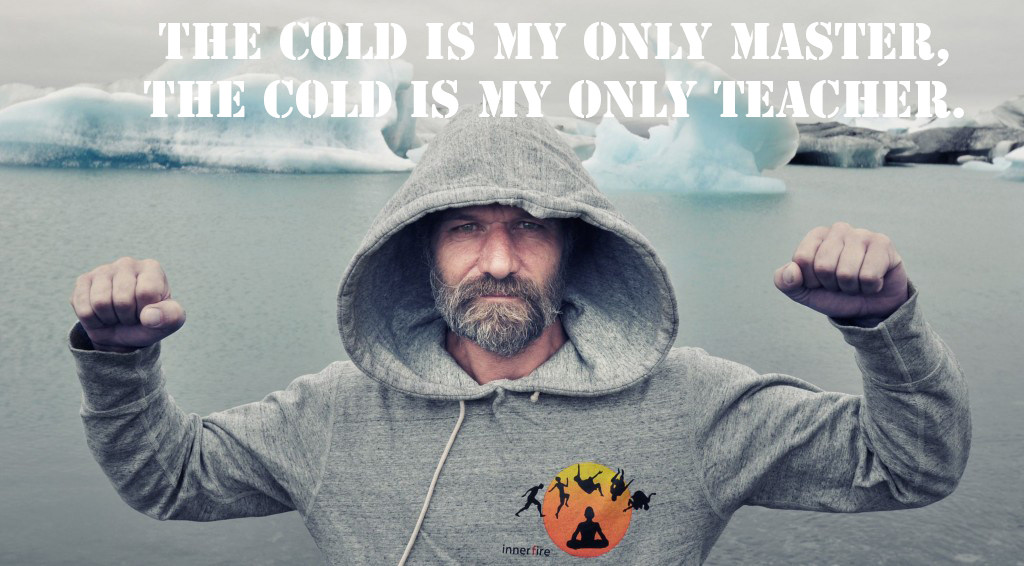 The Iceman is more than a legend or urban fairy tale. In fact, Wim Hof, recognized as “The Iceman” for his ability to withstand extreme cold for prolonged periods of time, holds more than 20 world records, boasts a growing number of followers, and continues to defy both science and logic.

According to his website, Hof has gone “from circus act to scientific breakthrough” with a sense of focus and purpose. Born in the Netherlands in 1959, he reportedly began running through the snow barefoot as a teenager and spent entire nights outside in freezing temperatures, commencing a lifelong process of testing his body and mind with breathing and physical challenges.

Hof’s feats do read like the stuff of legends:

And that’s just the tip of the iceberg. He credits his remarkable achievements to breathing and meditation as well as his time spent in the cold: “I think of the cold as a noble force…I do not only endure the cold, I love the cold.”

The What and Why of the Wim Hof Method

The Dutch daredevil is the creator of the acclaimed Wim Hof Method, which combines breathing techniques, movement, and cold therapy. Hof and followers swear the practice leads to great physical and mental performance, a solid night’s sleep, off-the-charts creativity, less stress, and more and more energy, among other benefits.

To experience the Wim Hof Method, you begin the morning with about 30 to 40 really deep breaths – full inhales and exhales that eventually will make you feel light-headed. After you start to experience this new euphoric state, you then begin to hold your breath: exhale out and hold as long as you can, then follow with a breath in and another pause. This technique simulates hyperventilation in the body, which forces oxygen into the cells, producing more energy and less waste. It is intended to create more alkaline and less acidic blood to decrease inflammation in the body while increasing metabolism. For some, this is enough.

To take the Wim Hof Method a step further, hold your breath and then do as many push-ups as you can, followed by several deep stretches and yoga poses, combined with deep, steady, balanced breath.

Finally, to bring it all together and truly honor the Iceman, practitioners immerse themselves in a cold shower. Hof vows that the cold mobilizes the body, strengthens the immune system, increases fat burning, and leads to greater clarity – all in a few minutes of chilly water submersion.

Hof cautions practitioners to only perform the method in safe conditions (avoiding deep breathing exercises in water, for example) and on soft ground.

“I found out we can do a lot more than we think,” Hof has said when explaining his passion for experimentation. “It works. This natural method really is effective. It’s revolutionary.”

A father of five, Hof continues to seek mental and physical challenges and to use his breath to support everything he does. For those interested in trying the method out, the Wim Hof Method site offers free mini courses and more information on immersing yourself in the practice – and in your breath and in the cold.