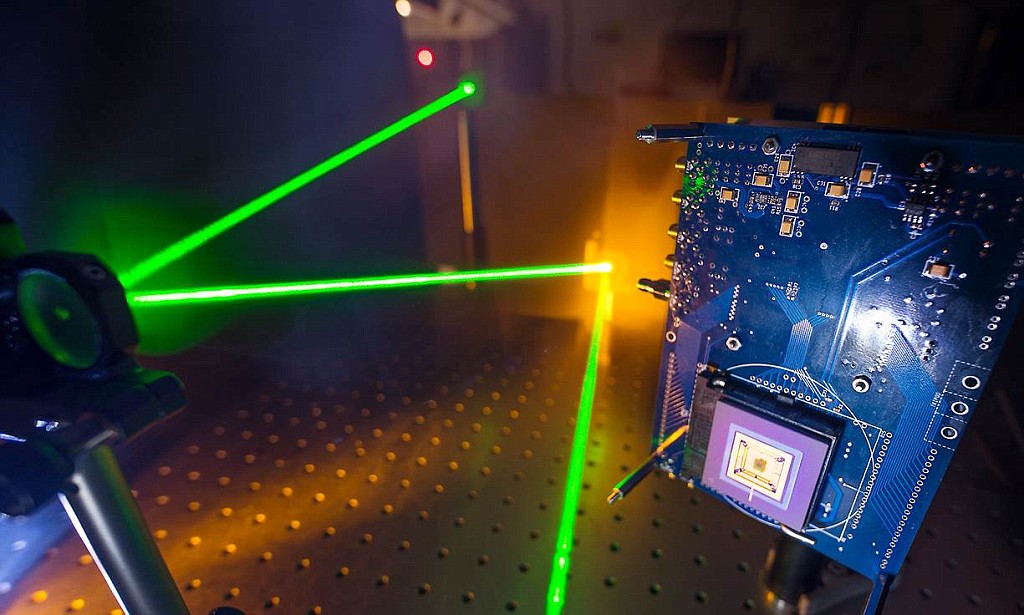 Hollywood movie producers be forewarned; you may soon lose “the element of surprise.” With advancing camera technology the suspense of monsters or murderers lurking around corners will soon be passé as everyone will have cameras on their smartphones to “see around corners.”

Researchers from the Creative Cameras Experimental Quantum Optics and Extreme Light teams at Heriot Watt University, the Optics Group from the University of Glascow, and the University of Edinburgh in the UK, recently presented a new type of camera capable of “seeing around corners” at the Royal Society Summer Science Exhibition.

Light is composed of photons that travel at the speed of light (670 million miles per hour or 300 million m/s). Current cameras are not capable of capturing photons as they move. The Creative Cameras team has developed a new type of camera so sensitive it can capture individual photons and pulses of light that travel through the air.

New Technology Faster Than Ever

The camera was developed at the University of Edinburgh and includes an array of photon sensitive pixels each of which can capture single photons and be activated for just 67 pico seconds, about a billion times faster than a human blink.

As a result, a new phenomena called “light in flight” imaging captures light (photons) as they travel through air and bounce off objects.