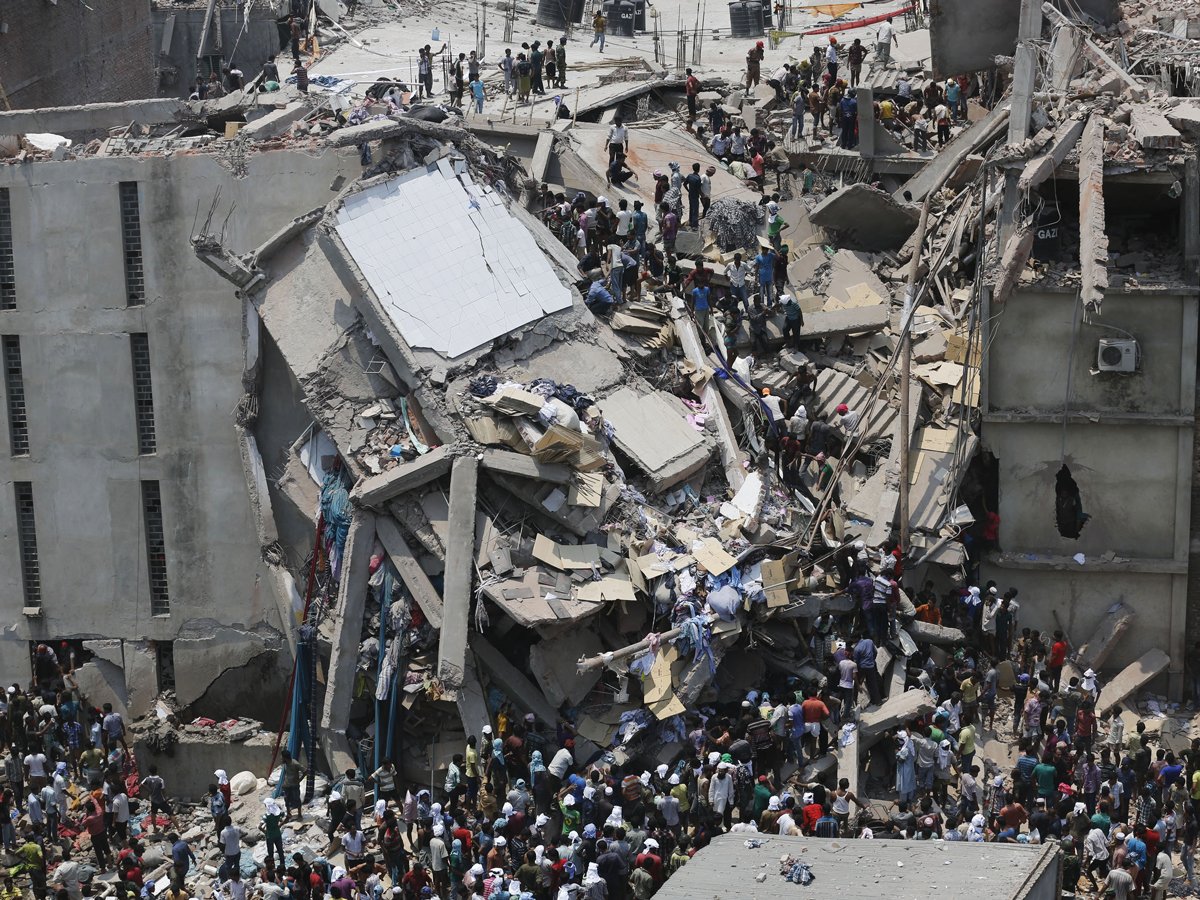 Following the April 24th eight story factory building collapse in Dhaka, Bangladesh that has killed over 800 people, Bangladesh police arrested the owners of the building accusing them of negligence for ignoring warnings about the safety of the structure and failing to comply with building regulations.

Reports from CNN indicate workers were forced to work in the building despite obvious structural problems. When workers and owners noticed cracks in the building the day before the collapse a structural engineer was called in to evaluate and declared the building unsafe and recommended evacuation; this advice was ignored by the owners. The Bangladesh Garment Manufacturers and Exporters Association (BGME) also advised the owners not to open but they were ignored as well according to the New York Times.

The collapse has become Bangladesh’s deadliest industrial accident. More than 2,500 workers were rescued from the rubble according to the BBC.  The garment industry in Bangladesh is valued at $20 billion. Average wages in garment factories in Bangladesh are $30 to $60 per month.

Structural Failure Due to Excessive Vibration and Weight

Forensic engineers are beginning to look into the cause of the accident but it is known the building was originally five stories tall and owners added three floors illegally without licenses or approval.

In addition to the weight of the extra floors, owners installed additional garment machines and huge new generators on the top floors that likely contributed to the collapse. According to witnesses, on the morning of the collapse, generators and thousands of sewing machines briefly lost power; when the power was turned back on vibrations from the start up of the generators and thousands of sewing machines are believed to have precipitated the disaster.

This was not the first building collapse in Bangladesh; there have been many. Just five months ago, in November 2012, a garment factory fire killed 112 workers and the government promised to inspect factories and pull licenses from those that didn’t meet safety and licensing guidelines.