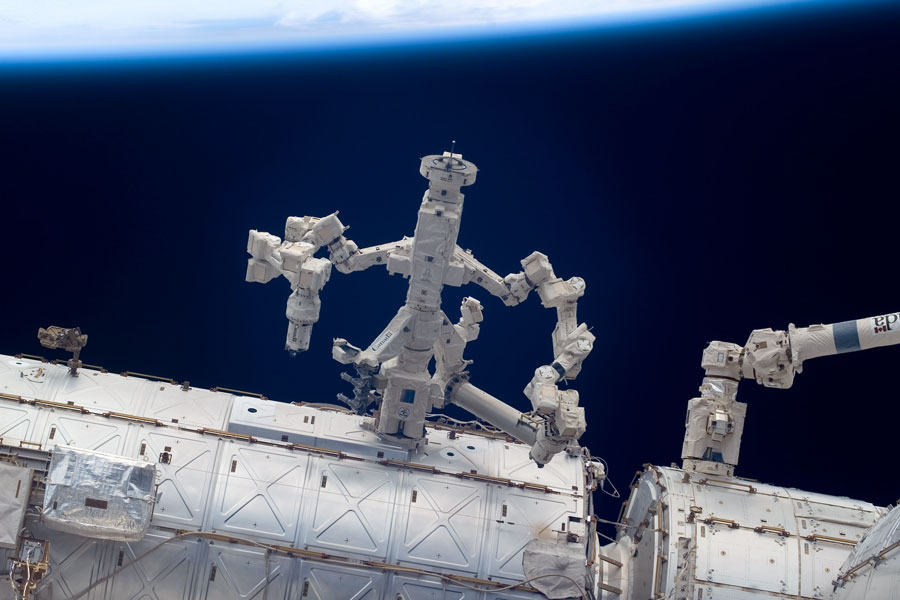 Dextre is a multipurpose robotic tool, currently aboard the International Space Station, and is about to undergo a project to repair itself.

Here is what will happen according to the CSA:

Dextre will start by retrieving a faulty camera located near Canadarm2’s elbow joint. Since the camera is functional, but produces hazy images, Dextre will move it to a less critical location on the mobile base. Dextre will then head over to Japan’s Kibo module to fetch a camera from the module’s transfer airlock —a type of sliding drawer that can be depressurized—where the station’s crew will place it for Dextre to retrieve. Dextre will install the new camera on Canadarm2’s elbow joint, where it will provide critical views of the robotic arm’s movements.

This is considered a major step in robotics, specifically for space exploration, as it is pertinent robots are more than capable of completing complex tasks like repairing themselves when on missions in deep space.