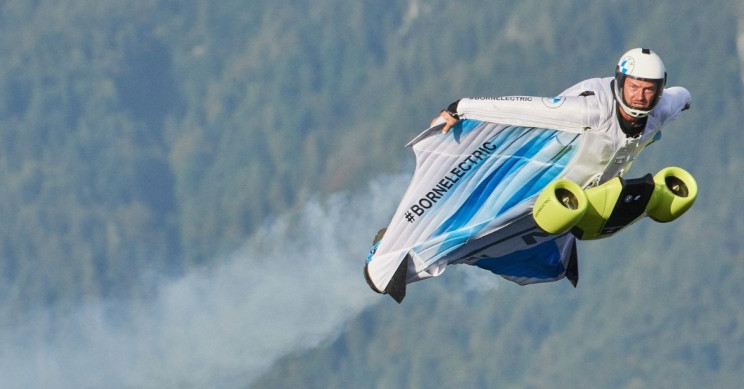 BMW i, Designworks, and air sports pioneer Peter Salzman collaborated to build an electrified wingsuit as seen in sci-fi movies. Using BMW’s electric vehicle capabilities, they have created a chest-mounted set of electric impellers that allow a wingsuit to achieve speeds of 186 mph.

The design is the brainchild of a professional skydiver and BASE jumper Peter Salzman. This was his dream project. After three years of intensive research, the wingsuit recently took its maiden flight.

Features of the e-wingsuit are:

For the maiden flight, Salzmann was dropped by a helicopter at 3,000 meters (9,800 feet) over the mountains of Austria. Along with him, two other fliers sporting conventional wingsuits were also dropped. 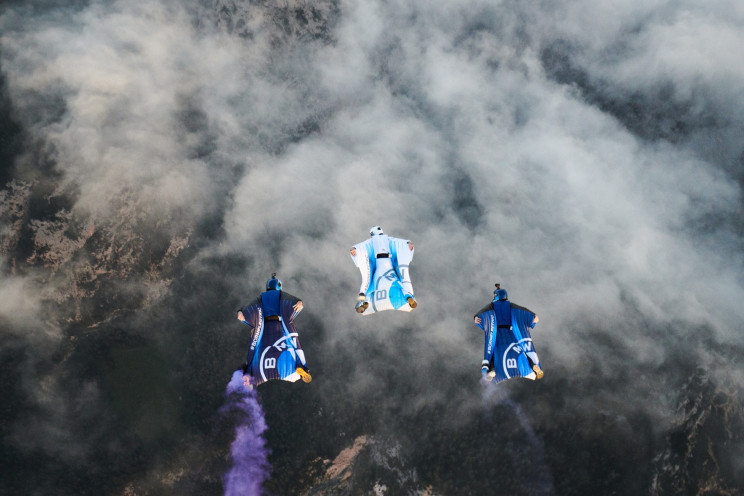 Salzmann with his electric wingsuit was able to accelerate faster than his mates at a peak speed of 186 mph (300 km/h). In comparison, those two fliers typically reach horizontal speeds of about 62 mph.

“In a relaxed atmosphere one evening after a day of testing, we threw out lots of ideas about how we could improve performance,” Salzmann recounted in a press release. “One of them was a supporting motor – and it’s an idea I just couldn’t shake. I found the idea of being able to jump from my local mountain wearing the wingsuit and land in my garden fascinating.”