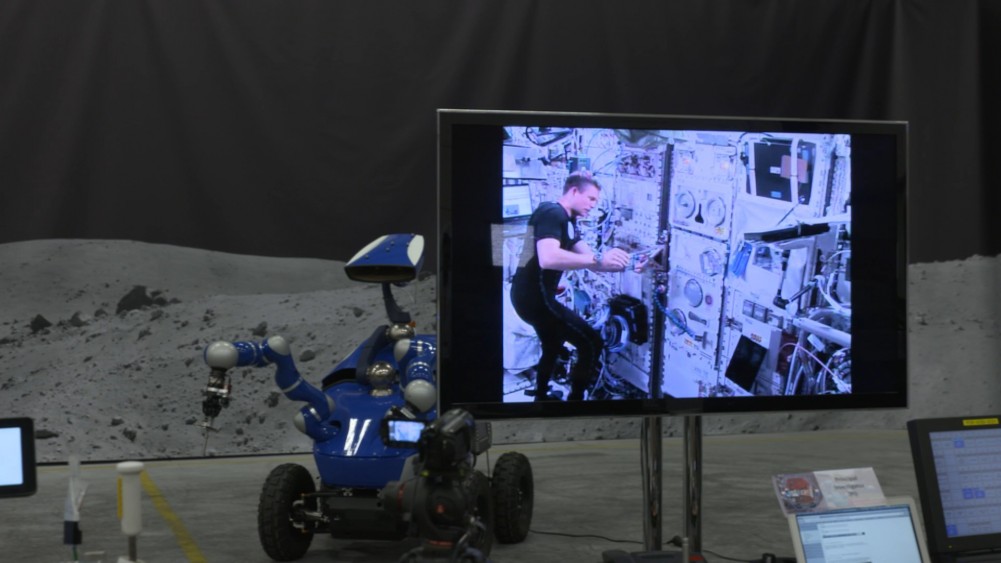 The world’s space agencies are pushing every frontier in an effort to create the technology that will be needed for successful missions to Mars or that can be used closer to home to move humans out of harms way but allow them to reliably perform dangerous tasks.

Last week, astronaut Andreas Mogensen operated a robot located at European Space Agency’s (ESA) headquarters via a force-feedback control system developed by the ESA. The distance between the ISS and the ESA, 248 miles (400km), caused a one-second delay between the transmission and reception of signals between the two points. Signals were transmitted via a dedicated array of satellites.

A force-feedback control system allows astronauts to use a joystick that is configured to allow them to feel the robot meeting resistance; astronauts are also able to control the robot’s limbs. Advanced software was created to ensure that the movements of the astronaut and the robot were in sync.

The following image shows the main task performed by Mogensen: putting a peg into a hole. The first attempt took 45 minutes and the second attempt only 10 minutes.