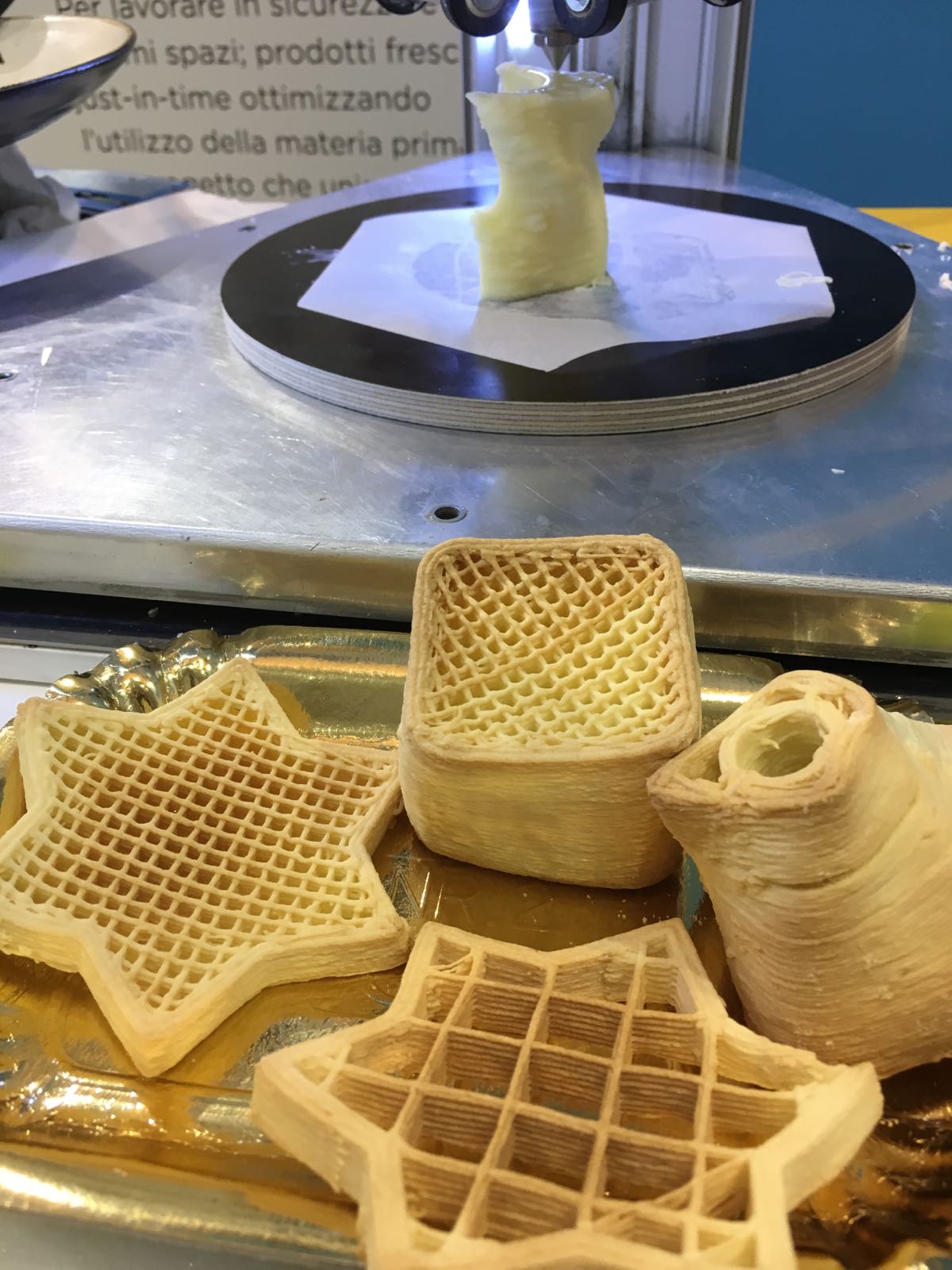 Not only chocolate, but we should be able to taste complete meals 3D printed in a very short time thanks to the use of additional technology. A large development of 3D printing has already been realized, first in catering, and then in the house construction industry. A similar impact occurred with microwave some time ago. WASP’s research is actually dealing with this sector too. Its first introduction in the food and drink world happened in 2016 during the Food Ink in London, where the first restaurant in the world serving its courses on 3D printed plates was introduced. Along with the philosophy of the company of working to solve most of humanity’s serious problems, WASP has decided to move its research towards a specific food sector: the celiac one.

Everybody knows how difficult it is to integrate a gluten free kitchen inside a traditional kitchen. WASP’s idea to solve this problem is to introduce a little portable separate kitchen-corner, not contaminated by other gluten ingredients. That’s why cooperation with chef Francesco Favorito started. Favorito is specialized in creating pastry-mixtures for people who suffer from food intolerances, and founder of Zeroinpiù, a flour and selected pastry-mixtures line. The first public 3D printers of gluten free food were made at the end of January 2017 at Sigep in Rimini, and met a very large audience interest. For the event, chef Favorito studied a gluten free pastry mixture, and the food was printed with a slightly modified DeltaWASP 20 40.

In detail, the screw- extruder used was an extruder heated to a temperature of 70-80 degrees so that the material is pre-cooked. The cooking is accomplished in a normal oven, and the course is ready to be tasted. A new 3D printed food performance occurred on February 25, 2017, in Bologna during the event Carnival in Opificio Golinelli, food and nourishment science. Mr. Francesco Bombardi, architect and designer, took part in this event. He is the founder of Fab Lab Reggio Emilia, and project creator of OffiCucina, a moving sèace half laboratory, half kitchen, equipped with lasers and 3D printers.

The Sigep trials have allowed us to learn important elements. For example, heated butter helps fluidity and improves the exit from the nozzle. Many shapes have been tested in addition to the classical gnome (Frollo), with many of them very difficult or impossible to be hand-made. One more important and advantageous aspect of 3D printing food is the so-called on-demand manufacturing which allows more freedom in the portion size. It allows you to extrude the food in specific calorific portions to comply with any customized diet and to manage the doses without waste.

WASP’s research and development go on. Specifically, the need to make the extruder compatible with the sanitary regulations. It will also be useful to manage a more intuitive software for users. WASP is studying new solutions in the mechanical field too.