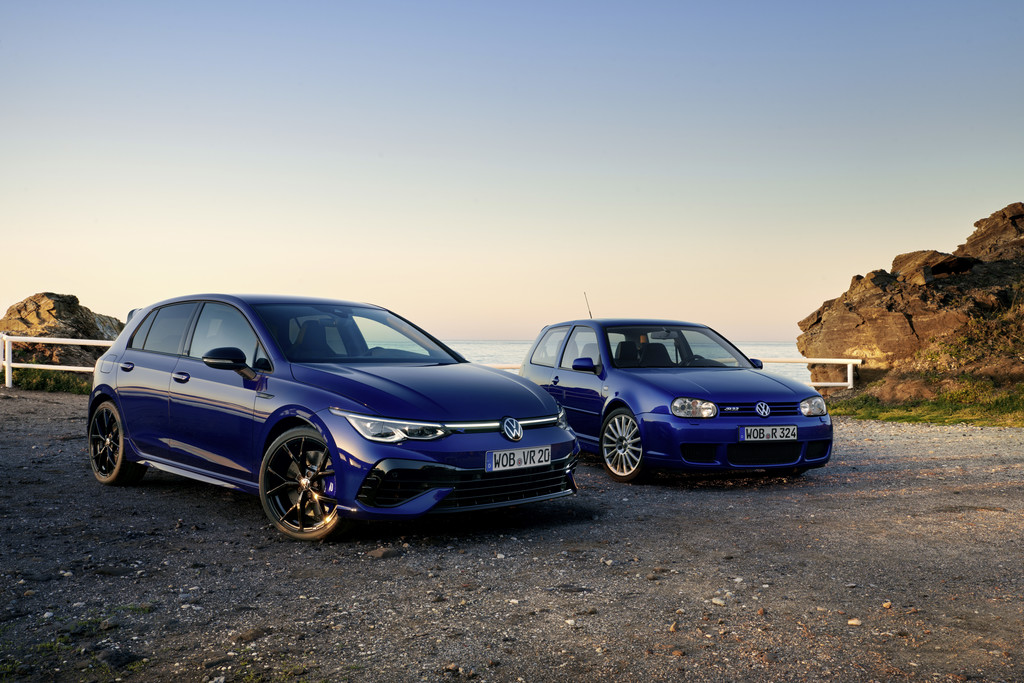 Twenty years have passed since the debut of the first Volkswagen Golf R, called the R32. This model had a 3.2L engine, after which the 2.0L kicked in. What stayed the same, is the all-wheel drive as standard, and the turbocharged engine layout with four cylinders. After previously presented in Europe, Volkswagen is celebrating the 20th anniversary of the Rs with the special Anniversary Edition only available in 1,800 units for the North American market and with a very limited color choice.

In order to reduce the vehicle’s mass, Volkswagen decided to not offer the sunroof on this model. What is also interesting is the carbon fiber trim in the interior, which is offered for the first time by Volkswagen.

The engine on the other hand is the well-known 2.0L turbocharged engine, with a choice of either manual transmission (6 speed) or an automatic (7 speed). This model for the American market will not include the 10.4 kW (14 HP) power increase that the European model gets, and will deliver 234 kW (315 HP), and 420 Nm (310 lb-ft) of torque, as on the regular Golf R model. Dynamic Chassis Control (DCC) adaptive dampers and torque vectoring come as standard, as well as 235/35 R19 performance tires on the Estoril style wheels that are finished in gloss black. The limited color choice includes Lapiz Blue, Deep Black Pearl, and Pure White.

The R logos and the 20th Anniversary badges on different positions on the vehicle will remind you that you are driving something special from Volkswagen. It also has a special blue R logo on the steering wheel.

As for the pricing, the Anniversary Edition starts at $46,035 with a manual transmission, and $800 more for the automatic, meaning that this model is only $650 more than the standard Golf R model. It is expected that the 1,800 Rs will arrive in the dealerships this fall. The destination charge is still unknown but is expected to be around $1,100.