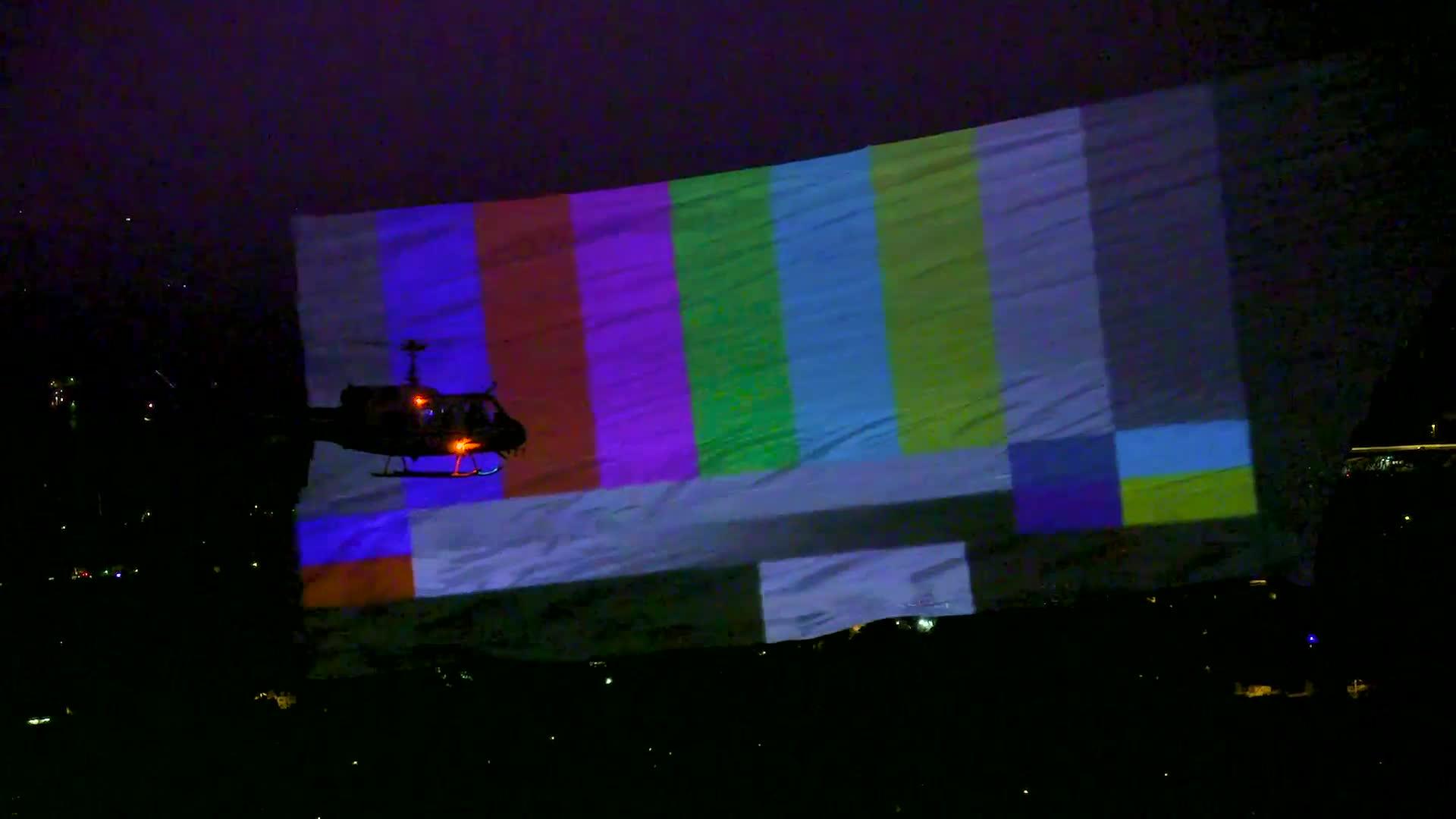 MTV has taken advertising in the sky to a whole new level thanks to a pair of helicopters and a massive banner.

In an effort to promote the Video Music Awards, AKA the VMA’s, MTV had two helicopters fly over the Hudson River.

One chopper pulled a huge 250-foot-wide banner, while the second helicopter cruised behind it at an angle, transmitting video onto the aerial projection screen from a few hundred feet away.

The Guinness Book of World Records has officially recognized the stunt as the world’s largest aerial projection screen. However, the execution of it all was more difficult than one might expect.

In fact, a company by the name of Branding By Air (great name BTW), first developed scale models of the 250-foot-wide aerial projection screens which they tested in a wind tunnel to best forecast how the VMA stunt would play out.

In addition, the branding company was unsure if the idea was even possible and had to experiment with how to keep the banner unfurled for the duration of the stunt.

Ultimately, installing pockets along the top of the aerial projection screen and weights along the bottom helped keep the screen unrolled.

The technology was also impressive as one helicopter featured three 4K video projectors and had its own tracking system to ensure the picture was always perfectly located on the aerial projection screen.

Belize Ends All Oil Exploration in Its Waters

Ethiopia Planted Over 350 Million Trees in a Day