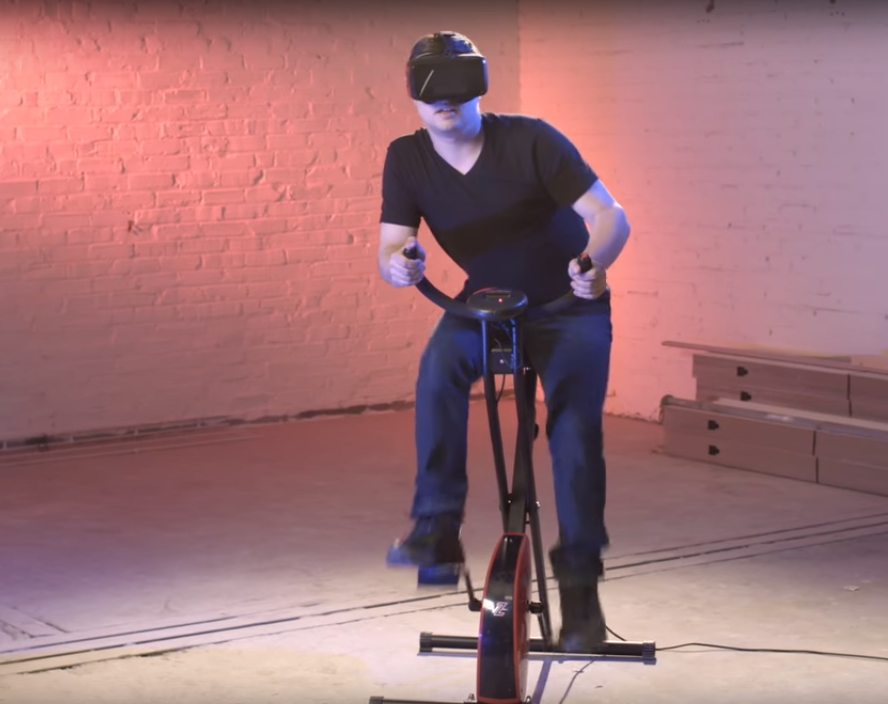 Virtual reality is on the verge of changing a lot of things, but perhaps its biggest potential impact can be on the exercise industry.

Most people don’t truly enjoy working out, some do, but many folks, like myself, simply work out to stay in shape.

But what if an element of fun or even gaming was introduced to working out?

That’s exactly what Cambridge, Massachusetts startup VirZOOM is doing with their new exercise bike, which is essentially a virtual reality controller in the form of a stationary bike.

The faster you pedal on the bike, the faster you go in the game, which includes modes where you’re on horseback competing against others.

“The VirZOOM team has created a unique VR game platform that turns the stationary exercise bike experience inside out,” said VirZoom co-founder and CTO Eric Malafeew in a press release. “Rather than distracting you with a 2D screen experience, we harness the intense immersive power of VR to make you move so you get a workout without feeling like you’re working out at all.”

At the moment, VirZOOM offers three different game modes, ranging from the lasso one on horseback I mentioned, to a racing game, and even one where you control Pegasus.

Needless to say, VirZOOM is generating a lot of excitement in the VR community.