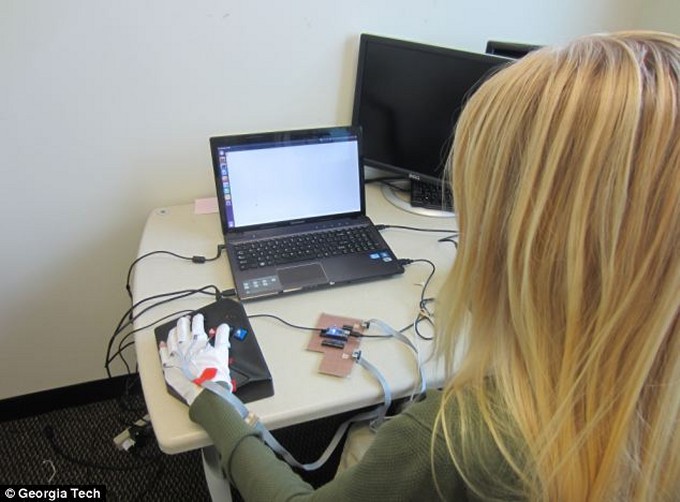 Blind and partially sighted people rely on Braille to do everything from get money at the ATM to read menus. But many people find Braille difficult to learn.

Now, researchers from the Georgia Institute of Technology have developed a wearable computer glove that can help the visually impaired learn Braille, even without paying attention or while doing something else.

The researchers first created a technology-enhanced glove back in 2008, called Piano Touch, which could teach individuals how to play piano in 45 minutes. Now they’ve advanced the same wearable computing technology to help people learn Braille.

During trials, researchers found that the participants were able to read 70% of a Braille phrase after 30 minutes, while others were typing perfectly after just four hours of lessons.

The process is based on a technique known as passive haptic learning (PHL). This is the technique which allows people to learn muscle memory through vibration stimuli while devoting almost no attention to the stimulus.

These special gloves are fitted with tiny vibrating motors in the knuckles. The motors vibrate to tell wearers to press a corresponding key of a pre-determined phrase in Braille.

Researchers plan to present their findings in Seattle this September at the 18th International Symposium on Wearable Computers (ISWC).