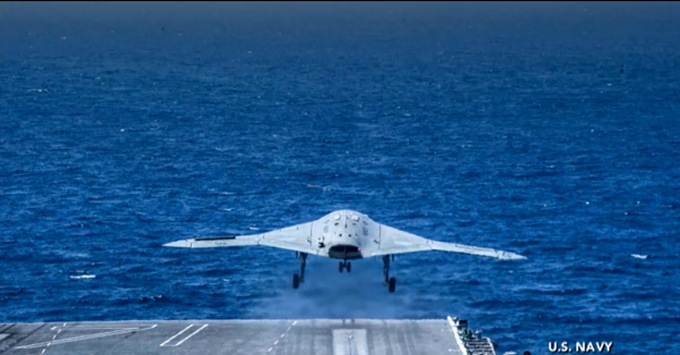 The U.S. Navy recently conducted tests of its unmanned drone alongside a manned fighter jet, operating together aboard an aircraft carrier.

Manned aircraft follow the precise timings for quick deployment but getting a drone to follow the same hectic rhythm was a big challenge.

Both the X-47B drone and the F/A-18 Super Hornet fighter jet performed well in the test flights, which took place aboard the USS Theodore Roosevelt. The test assessed whether unmanned drones could take off and land in quick succession alongside manned fighter jets.

Here are some of the features of the bat-winged X-47B drone:

The cost of the program is estimated to be around $6 billion. The US Navy will carry out similar tests in near future.  The next challenge will be, performing the same tasks in the night or “night deck handling.”