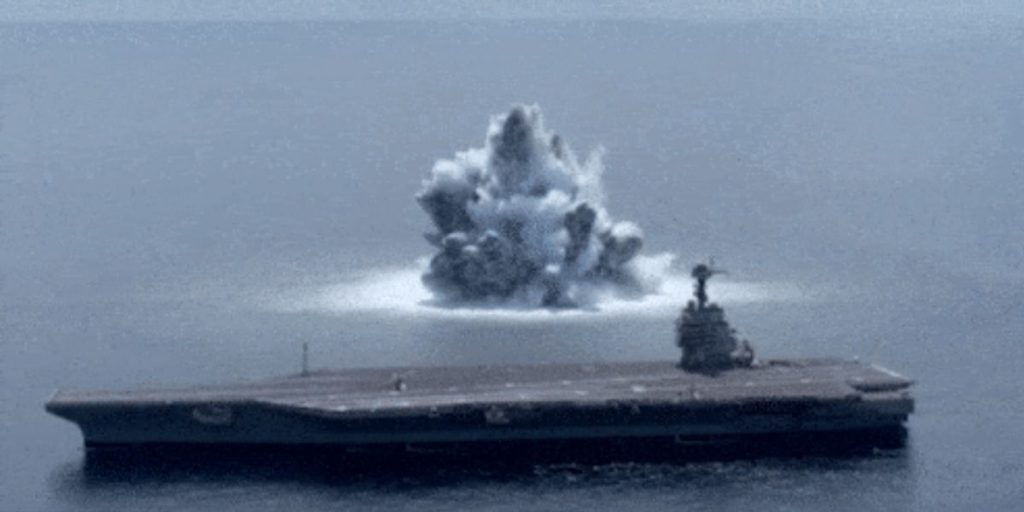 The US Navy is conducting a series of tests on its newest and advanced aircraft carrier, the USS Gerald R. Ford. The aim is to test if the ship is ready to deal with battle conditions before its full deployment.

The firsts of the tests known as the “full ship shock trial” (FSST) was conducted on Friday 18th. The shock trial is the only way to know how the ship and its weapons, sensors, radars will react to battle conditions. The Navy wired the ship with sensors to measure the effects of the shock.

Navy set off a giant explosive event near the USS Gerald R. Ford to test whether the ship can withstand a near-miss in combat. The 18 tonnes (40,000 pounds) of explosives caused a massive explosion within meters of the $13 billion carrier 100 miles off the coast of Florida in the Atlantic.

Bomb triggers an earthquake at the Atlantic sea

The U.S. Geological Survey said the explosion was so powerful that it triggered a 3.9 magnitude earthquake at sea.

US Navy released videos of the shock trial, it conducted on the aircraft carrier USS Gerald R Ford causing an enormous burst of water to shoot from the ocean.