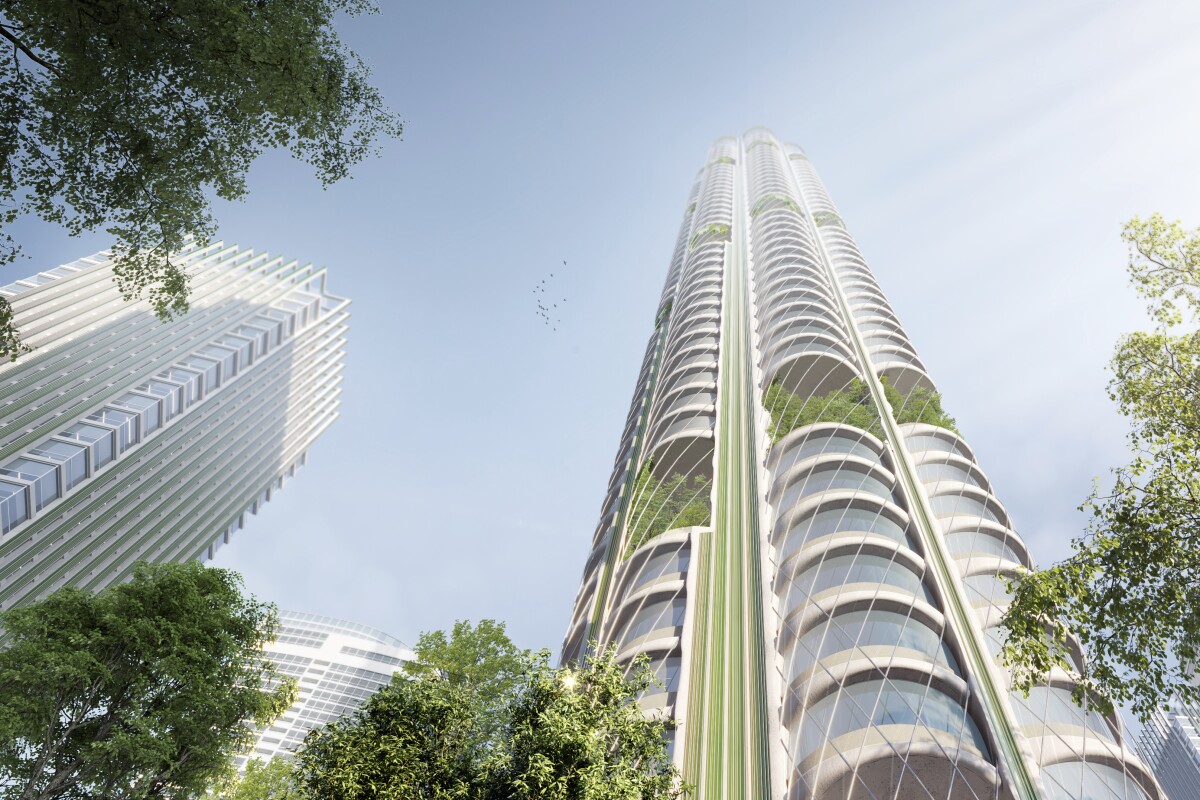 Skidmore, Owings & Merill (SOM), a prestigious architectural firm from Chicago, has revealed an ambitious design for high-rise buildings. Dubbed ‘Urban Sequoias’, this project can help remove up to 1,000 tonnes of carbon from the atmosphere, which is equivalent to 48,500 trees.

The conceptual design was created to mark the recent United Nations COP26 Climate Change Conference in Scotland. The project proposes a skyscraper that could capture carbon and purify the air around it.

They plan to use carbon storage mechanisms as used by algae and other microorganisms for air capture and biomass fueling. Moreover, the skyscraper would be built from environmentally friendly materials like hempcrete, timber, and biocrete. This will reduce the carbon impact of construction of the skyscraper by 50% in comparison to one made by traditional materials like concrete and steel.

The integrated carbon capture technology will be like the Orca, but on a larger scale. The idea is to build all the skyscrapers on this concept and clean the urban environment.

“This solution allows us to move beyond net-zero to deliver carbon-absorbing buildings, increasing the amount of carbon removed from the atmosphere over time,” says SOM. “After 60 years, the prototype would absorb up to 400 percent more carbon than it could have emitted during construction. The captured carbon can be put to use in various industrial applications, completing the carbon cycle and forming the basis of a new carbon-removal economy. With integrated biomass and algae, the facades could turn the building into a biofuel source that powers heating systems, cars, and airplanes; and a bioprotein source usable in many industries.”