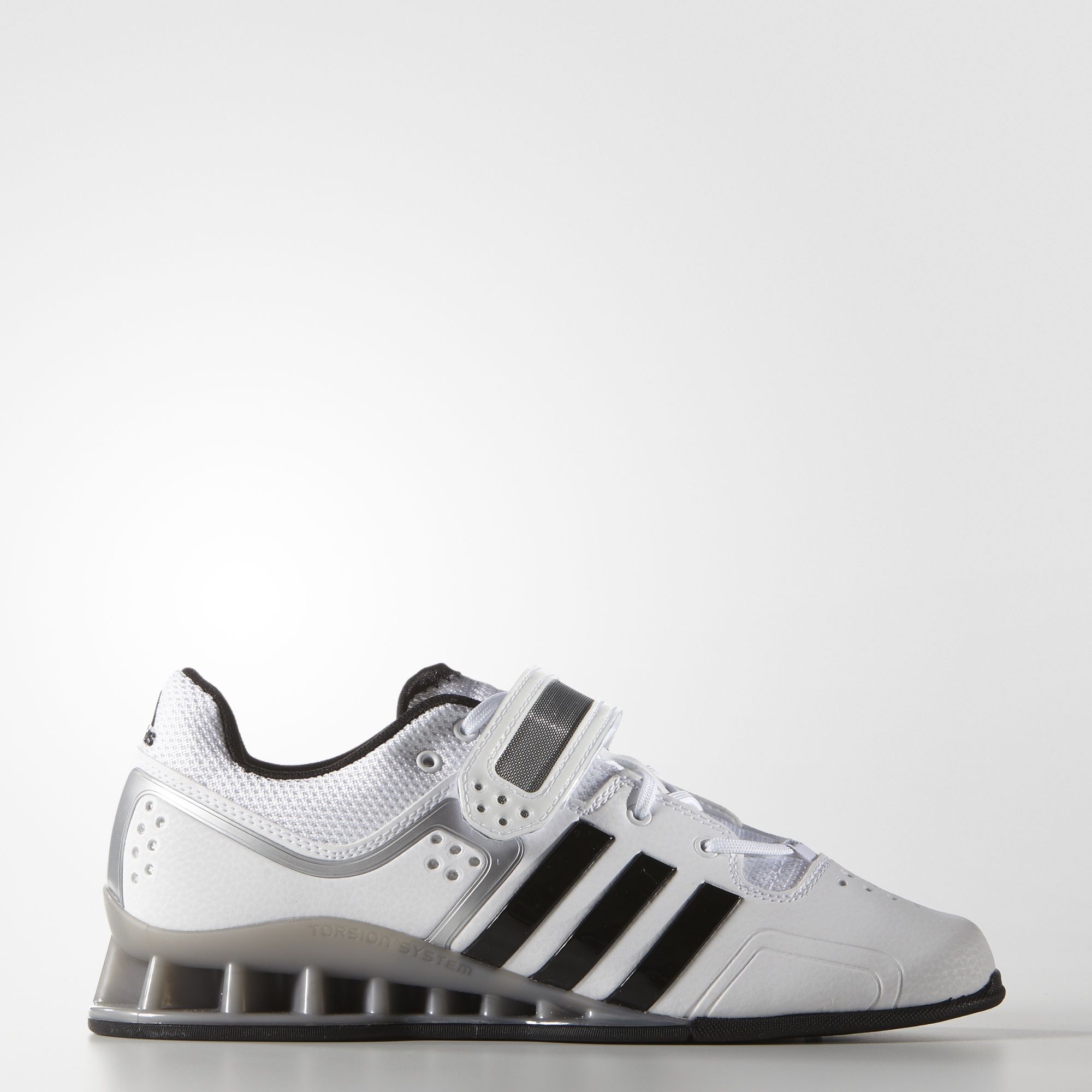 Walk into any gym with weight bars and heavy dumbbells, and you’re likely to see at least a few lifters donning weightlifting shoes.

At first glance, this may seem like no big deal: Just as tennis players wear tennis shoes and runners wear running shoes, it makes sense that athletes of a different stripe would have their own version of specialized footwear. Today, lifters can choose from a wide array of weightlifting shoes produced by big-name brands including Adidas, Inov8, Nike, NOBULL, Position USA, and Reebok. These shoes can be geared toward different movements (such as squats versus deadlifts) or training styles (such powerlifting versus CrossFit) and feature a range of heel heights, heel types (e.g. wood, plastic, or leather), lacing systems, and straps.

A Brief History of Weightlifting Shoes

The history of the weightlifting shoe dates back to 1929, when the International Weightlifting Federation established a formal competition based around three weightlifting moves, namely the press, snatch, and clean & jerk. At the time, athletes were competing in a hodge-podge of footwear including regular sneakers, boxing shoes, and even work boots.

By the 1960s, split jerking and squatting had become remarkably popular. Each of these positions required the lifter’s foot to remain flat on the ground in order for athletes to bend deeply into the knees without risk of toppling over.

Enter the then-Soviet athletes, who created one of the first shoes designed specifically for weightlifting by nailing raised heels to their leather shoes. This allowed them to achieve the increased ankle mobility and lower-body stability required for deep descents under the bar. Because the Soviets were the world’s best lifters at the time, other athletes were inclined to adopt their design. But there was serious room for improvement when it came to the making of these shoes.

Major brands such Karhu, Puma, and Tiger saw an opportunity, and they swooped in to create more polished takes on the Soviets’ original design. These shoes dominated the weightlifting scene throughout the 1960s and 70s.

The industry’s next evolution began in the 1970s when legendary weightlifter Tommy Kono collaborated with Adidas to create a low-cut shoe. This was a major innovation on the previous standard, which featured high-top lace-ups on the mistaken assumption that this would provide more support for the ankle. The lower cut allowed for even greater ankle mobility, which further facilitated weightlifters’ descents and actually allowed for greater safety in the ankle joint.

Most of today’s weightlifting shoes reflect the critical innovations described above: They include raised heels and low-cut tops. Were it not for these innovative shoe designs, the sport of weightlifting might look very different than what it is today.