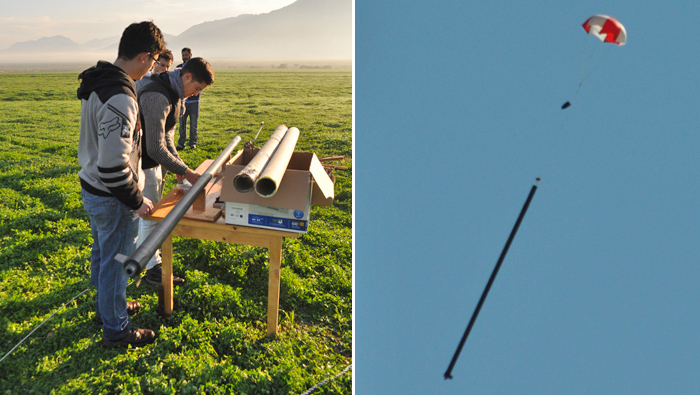 You might have to sift through the different launches in the video below, but eventually you will see University of Cape Town researchers absolutely shatter the world record for a water bottle rocket launch.

The record-breaking launch sent a water bottle rocket flying approximately half a mile into the air, or 830 meters if you want the precise number.

Not only was 830 meters good enough to set a new world record, but it also blew away the old one of 623 meters set by a team from the United States back in 2007.

Comprised of carbon fiber, the water bottle rocket weighed a little over 3 pounds and utilized H20, air, and a whole lot of pressure to set the record.

The rocket towered just shy of nine feet tall to maximize its payload capacity and produced some 1,200 pounds of thrust at launch.

Incredibly, using only water pressure, the rocket hit a top speed of 340 miles per hour in less than half a second.

Kudos to the whole team from the University of Cape Town on their accomplishment!