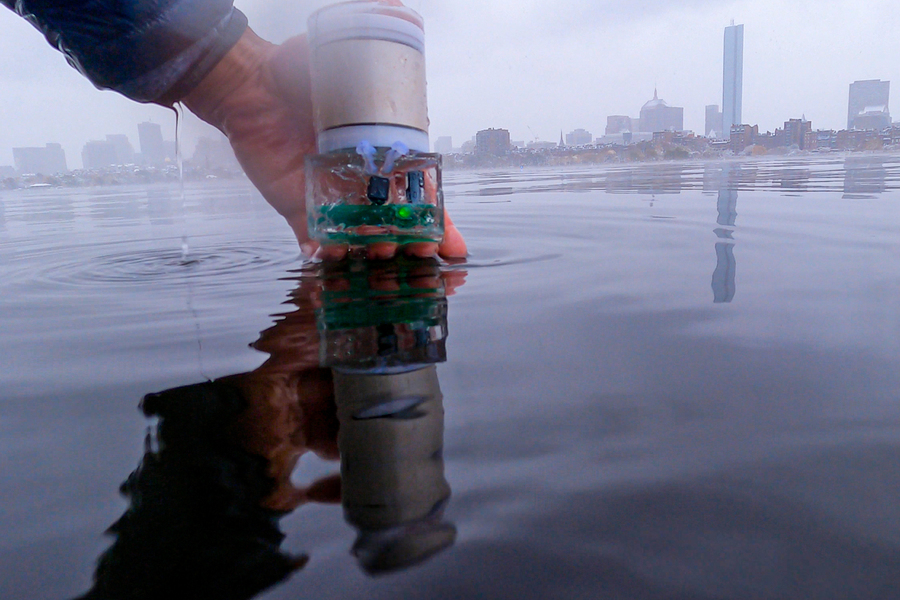 Massachusetts Institute of Technology (MIT) researchers have developed a new underwater navigation system. It will solve a similar purpose as GPS has done for travel on and above the surface.

GPS can’t work underwater because it is based on radio waves and radio waves aren’t water-friendly. Because of this submarines depend on sonar rather than radar to explore their surroundings.

Now, MIT scientists have come up with the solution. They have developed an Underwater Backscatter Localization (UBL) system that works like an underwater GPS. The best part is there is no need for batteries to operate it.

UBL is an acoustic system. Researchers used piezoelectric materials that generate an electric charge when subjected to sound waves. They created the sensors that translate sound wave information into binary code. Using this information, researchers measure things like the temperature of the surrounding ocean or its salt content. According to researchers, it could also be used to determine location information.

So far, the proof-of-concept test for the UBL system is up to distances of 20 inches (50 cm). Now the researchers are working on increasing this range. But their main objective is to create a navigation technology that can help in making detailed maps of the ocean floor.