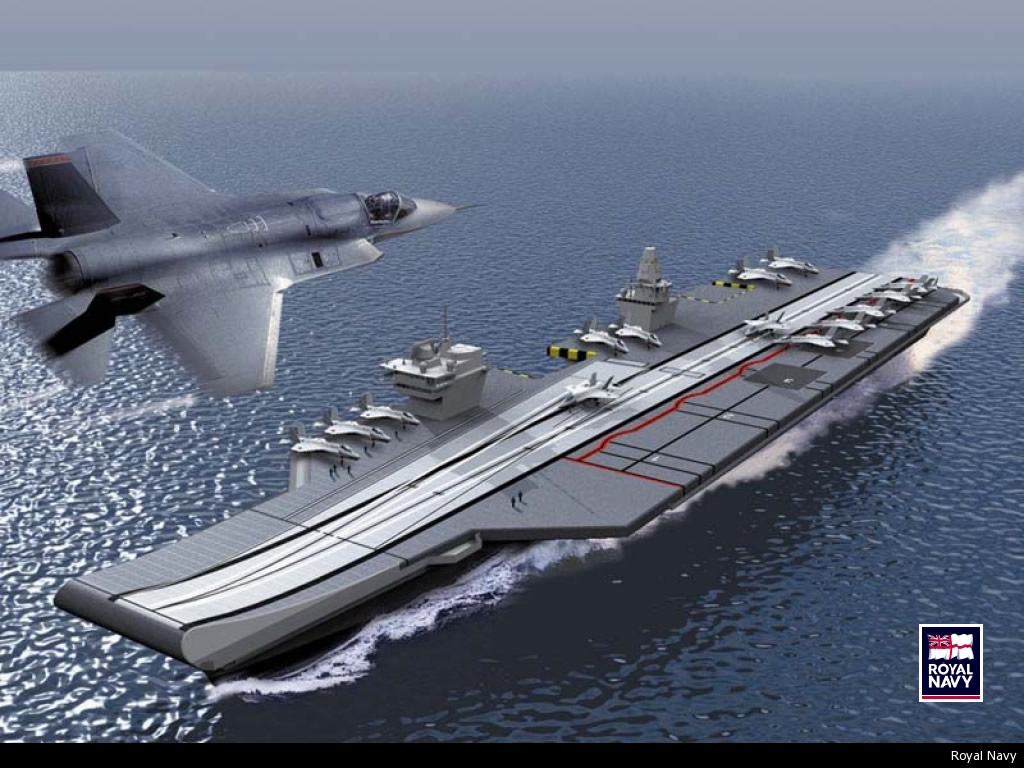 HMS Queen Elizabeth, one of Europe’s largest and most interesting manufacturing projects, has a price tag of $8.3 billion and is about 50% complete. When it is christened in 2017 the carrier will be as tall as a 12 story building, contain 8,500 miles of pipe and cable and 34,000 tons of steel.

One might wonder in these times of fiscal limitations if such a project will, in the end, pay enough dividends. After all the Chunnel was only slightly more expensive at $8.9 billion and the London Olympics $14.2 billion.

With over 700 companies participating from the UK’s biggest defense supplier, BAE Systems, to very small suppliers, about 10,000 jobs are directly involved, 25% of them engineers. The UK is testing the hypothesis that big government backed engineering projects can help “lift all ships” so to speak and lead a flagging economy out of the doldrums.

Jobs though are not considered to be the main benefit of this project. Precision engineering on a massive scale, the development of new construction automation processes that have been under development for decades, and technical challenges that have led to significant innovation are being touted as the most significant Return on Investment (ROI). HMS Queen Elizabeth will be 931 feet long, weigh 65,600 tons, carry a ship crew of 679 and an aircraft crew of 921 and transport 40 aircraft.  This is roughly twice the size of another ship, the HMS Invincible, also being built by the Royal Navy and one half the size and capacity of the USS Ronald Reagan.

The HMS Queen Elizabeth is being built from 12 million parts representing roughly 600,000 separate pieces of equipment that make up all the systems on the carrier. A number of shipyards are splitting up the construction of the carrier into 12,000 ton units which will be fitted together.

Leaving politics aside for now, we can say that the people and companies working on this project are thankful for the very tangible short and long-term economic benefits it is bringing them, irrespective of where the funds are coming from.