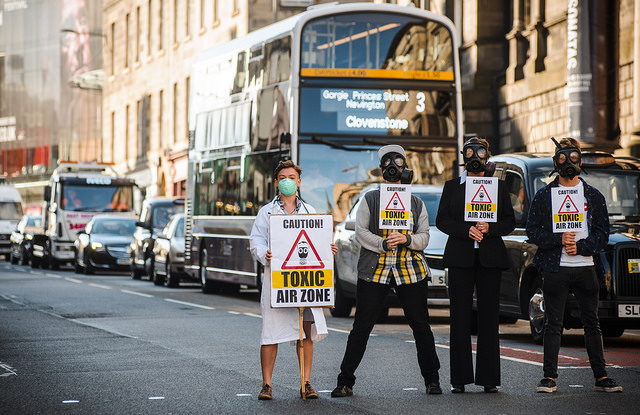 Air pollution is a silent killer. According to WHO over 4.2 million premature deaths happen across the world due to air pollution.

Transportation is a major source of air pollution. To combat harmful pollution, UK’s largest Bus and Oil Operator ‘Go-Ahead’ has launched an air filtering bus that cleans up the air wherever it goes.

Named as Bluestar Bus, it was launched recently in the southern English city of Southampton.

Bluestar bus’ is fitted with specially designed filter that removes ultrafine particles from the air. This air filtration technology has a particle removal efficiency of 99.5%.  Manufactured by Pall Aerospace (the world’s largest aerospace and defense filtration company), it does not have any impact on the passenger or travel experience

If all goes as per plan, about 4600 more such buses could be added on the road.

Go-Ahead chief executive David Brown, said, “We want this pilot to show that buses should be looked at as not just the solution to congestion in cities, but also as a solution to the air quality problem,”

“As the bus removes the ultrafine particles from the air as it travels along the route, it is helping solve the air-quality problems of the city,” he continued. “This bus will clean the air on its route 1.7 times a year to a height of 10 meters — imagine the change we could make to air quality if all buses had this technology.