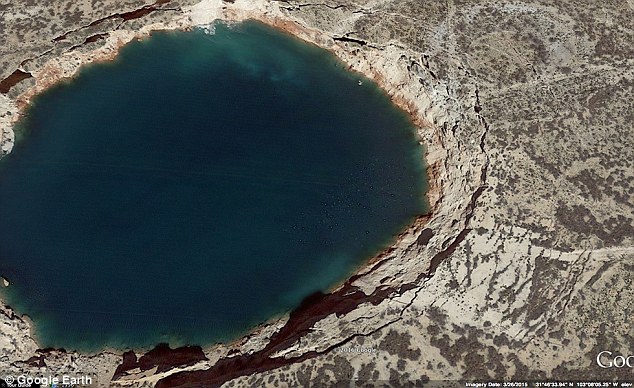 A view of the sinkhole, located in Kermit, Texas

Scientists at Southern Methodist University have issued a warning that two massive sinkholes in Wink and neighboring Kermit, Texas are expanding and are at risk of collapsing into each other.

At present, these sinkholes are located a mile apart. The first sinkhole appeared in 1980, and the second one in 2002. Deep gas and oil extraction in this region from the 1920s to the 1960s resulted in these sinkholes. SMU researcher Jin-Woo Kim said, “This area is heavily populated with oil and gas production equipment and installations, hazardous liquid pipelines, as well as two communities. The intrusion of freshwater to underground can dissolve the inter-bedded salt layers and accelerate the sinkhole collapse. A collapse could be catastrophic. Following our study, we are collecting more high-resolution satellite data over the sinkholes and neighboring regions to monitor further development and collapse.” One of the research scientists wrote, “A sinkhole collapse can be severe under natural conditions, but it could be catastrophic in urban settings or at oil/gas exploration facilities.”