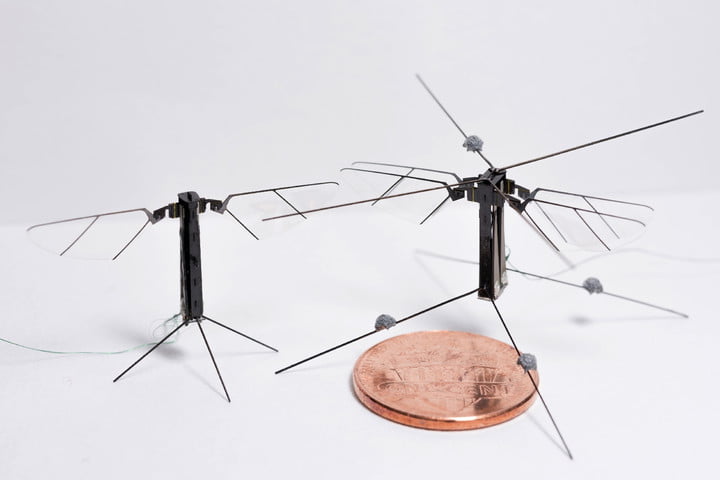 Flying robots can be very useful for surveillance and detection. These tiny fliers can be sent into areas which are too dangerous or inaccessible to human or canine rescue teams for relaying information.

But the flying robots are typically too heavy, while lighter two-winged models tend to fly erratically. It’s difficult to make an insect-like flying robot that can follow paths, dodge obstacles, perch and land.

University of Southern California’s Department of Aerospace and Mechanical Engineering has edged one step closer to the dream machine with its Bee+ flying robot. The four-winged bot can fly with a higher level of control and poise of real insects.

One of the tiniest flying machines ever built

While weighing just over 0.003oz, this four winged insect-inspired flying bot sports a footprint smaller than a penny.  Still the size is a concern; it’s still much larger and heavier than most real insects.

Each of the four wings is driven by a light weight actuator which is responsible for making them flap.

There’s still much, much more work to be done before these robotic insects could be put into service. Technically, Bee+ is not a drone as it relies on a tether for an energy source. Team is working on factoring a battery into the design.