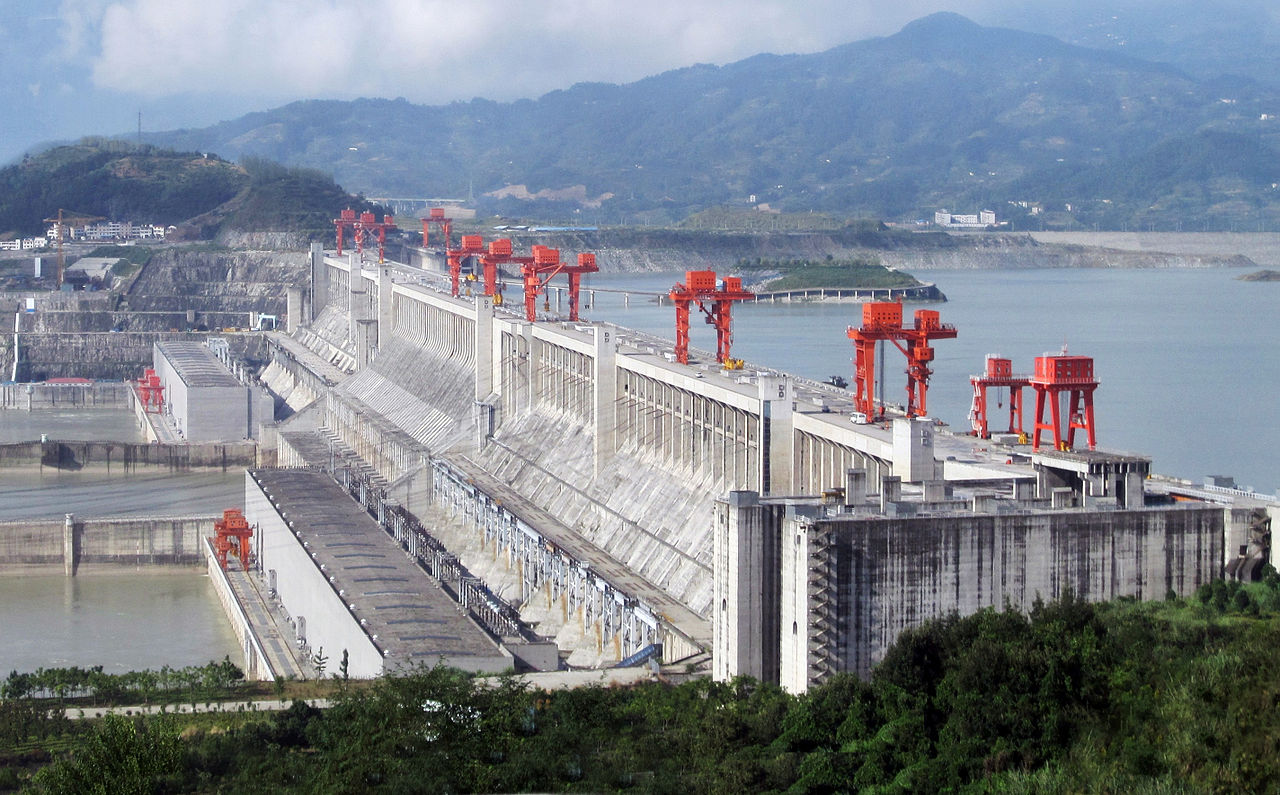 What is the Three Gorges Dam Project?

The Chinese set out to build the largest hydro power dam in the world, fully four times as large as the Hoover Dam, with a height of 607 feet (185m) and a length of 1.4 miles (2.3 kilometers). China Three Gorges Corporation (CTGPC) official website includes project annual reports, environmental impact statements, and insight into the organization structure and strategies of the project. The Chinese version of the site is here.

The Three Gorges hydro electric dam project is perhaps the most ambitious and massive engineering projects ever attempted and we say attempted because it may never truly be finished as new issues crop up all the time, some large, some small, that keep the project team continually busy.  Here’s an overview of the project in bite sized pieces.

The project was originally envisioned by Dr. Sun Yat-sen as a flood control dam in 1919.  A huge flood in 1954 during which transportation on the Yangtze River and the surrounding region was disrupted for 100 days rekindled discussion.  The project went through various phases and finally a decision to implement the plan was made in 1992.

According to Reuters, TGDP’s primary purpose is to allow exact control over the Yangtze River, one of the longest rivers in the world.  The goal is to reduce the severity of flooding by 90 percent, saving communities and property from destruction.  The dam also provides hydroelectric power generation with 26 turbines producing 18,200 MW annually, equivalent to 20% of China’s power consumption.   It would take 50 million tons of coal or 18 nuclear power plants to produce this much electricity.  Three other features are navigation improvements to lower costs of transporting goods on the river and the development of fisheries and tourism.

The TGDP has come at a cost though: 13 cities, 140 towns and 1,352 villages including 657 factories were submerged by the reservoir including 75,000 acres of China’s best agricultural land. Two million people had to be resettled. According to studies, people forced to move in the face of such projects face tremendous psychological stress. Over 110 sites of cultural and historical importance were submerged.  Ecological concerns, outside of the planned destruction of ecosystems in the project frootprint, are largely an unknown and it remains to be seen what the ultimate costs will be.

The TGDP includes a dam, two power plants, and navigation facilities.  There are three sections to the project, the spillway dam, the intake dam and the non-overflow dam.  Permanent structures for navigation include a ship lock and a ship lift.

The total duration of the project was 17 years and was carried out in 3 phases.  The first phase, 1993-1997, focused on massive earth moving which resulted in the damming of the Yangtze River. The second phase, 1998-2003, included the building of the left bank power generating facility and a permanent ship lock. The third phase, 2003-2009, saw the completion of 26 electricity producing  turbo-generators.

During the project concrete was poured at a pace of 520,000 cubic yards per month.  A complex system was set up for transporting enormous quantities of cement from mixing plants to the dam; U.S. supplier Rotec Industries built a 5 mile long fast moving conveyor belt for this purpose.  In addition, six tower cranes fitted with jacking systems were used to raise the conveyors, using swinging telescopic conveyors that poured concrete at a rate of 600 cubic yards per hour.

The pit for erecting the main dam was dug to a depth of 260 feet and thousands of holes were drilled into the earth totaling 60 miles in length.  These were filled with a pressurized grout to prevent uplift of the dam as water would be prevented from seeping underneath.  Finally, 870,00 square feet of concrete walls were sunk below the traverse cofferdams.

For great photo galleries of the Three Gorges Dam Project including the dam task force, construction at Sandouping, the human cost, the environment cost, damblasting, and a history of the Yangtze River visit the Guardian.

According a Business Insider article the project may be viewed in the future as a hug mistake. While China may not go that far, they have admitted to problems. According to the Financial Times the response of the Chinese government to a growing number of problems with the dam is not solving problems or quieting the rising angst being expresses by the Dams original opponents and critics.