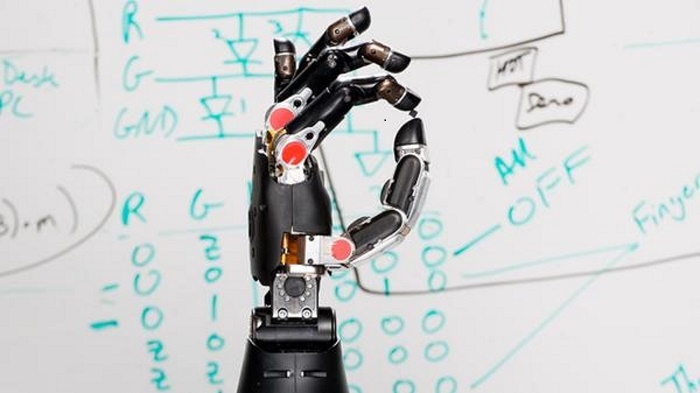 The newest innovation in the field of intuitive medical technology is a thought-controlled bionic arm that is now available for purchase. The technology has been in the testing phase for the past couple of years, but this is the first time that it has been made available for the off-the-shelf purchaser.

There have been numerous cases of people losing their arms during combat or natural catastrophes over the years. One of these cases is US Army Sergeant Glen Lehman, who lost his arm above the elbow due to an explosion that occurred during a routine inspection patrol outside Baghdad. The IED tore his arm clean off at the elbow. Medics were able to revive and stabilize him, and he then began the painstaking recovery process, which took months. The loss of his right arm, however, resulted in a massive change in his life, causing difficulties in performing even the most menial tasks.

There have also been many other cases in which amputees were unable to get their prosthetics for a number of months. But the easy availability of the thought-controlled bionic arm will help people get treatment and start using the arm without any waiting period.

The device, called the Complete Control System, is basically a myoelectric powered prosthetic which means that it can be controlled by the electrical impulses of the muscles in the body. This type of device is a popular option for amputees who suffer from upper limb loss. This myoelectric prosthetic device generates electric signals when the muscles contract, which allows the person to control the high-powered joint limb with ease and effectiveness.

It might have sounded like a work of fiction or even magic a few years ago, but with the rapid progress in the medical and technological fields, previously popular unpowered prosthetics have been replaced by the more sophisticated and efficient thought-controlled bionic arm. The only variable is the isolation of muscular activities that will help the hand to open or close or cause counterclockwise or clockwise rotation of the wrist.

Previous models of myoelectric prosthetics relied on electrodes for movement, which didn’t feel natural and intuitive. As a possible solution, the Rehabilitation Institute of Chicago and CoApt combined their efforts to develop a new control system for the bionic prosthetic. This new technology took inspiration from voice and facial recognition systems in which algorithms are used to decode pairs of electronic information and impulses. Patterns were then defined in these electronic impulses, which can help the arm detect muscle movement or its intended movement.

This newly-developed device uses sensors to identify unique electronic signals when the amputee’s muscles move to perform intuitive functions. Its three microprocessors use algorithms to map signals to control the powered limb. This allows amputees to perform work faster and more efficiently without getting tired. The most important thing is that the arm is easily available for all who need it.

Photographer Hand Cuts, Shreds and Weaves Human Faces into 3D Collages
Looking to Crack a Safe? This 3D-Printed Safe Cracker Only Costs $150.
This Realistic Humanoid Robot Can React to Your Facial Expressions