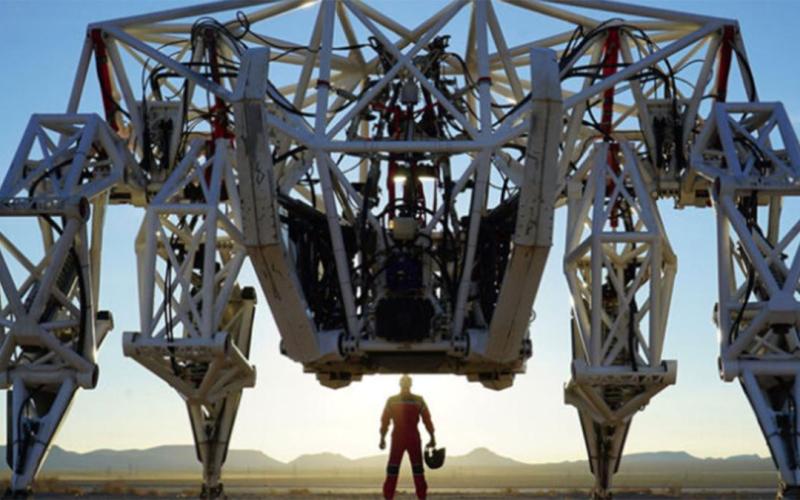 Engineering firm Furrion Exo-Bionics has created a gigantic, four-legged mech suit called Prosthesis. This hulking metal giant can lift a truck and climb boulders but it is built specifically for RACING.

The machine is described as “a responsive, stable, and powerful human-controlled exo-bionic platform that amplifies the motions of the pilot.”

Unlike many exoskeletons that gives strength to the wearer to perform various tasks, it is designed to stimulate machine racing.

Matt Fidler, a co-founder of Furrion, said, “Prosthesis is the first innovation of our robotics division and we are excited about the potential the future holds,”

“The goal was to make the most rudimentary walking machine possible,” says co-founder and chief test pilot Jonathan Tippett. “We ended up with four legs because the pilot has four limbs, and the machine has the wide stable form factor that it has so that it’s easy to balance.”

Cassie Hawrysh, a Canadian champion skeleton racer, was the first professional athlete to sit in the driver’s seat. She said, “That was like a monumental event for us,” “but I also fell flat on Prosthesis’ face a couple times, which was hilarious and terrifying because you’re falling from height.”