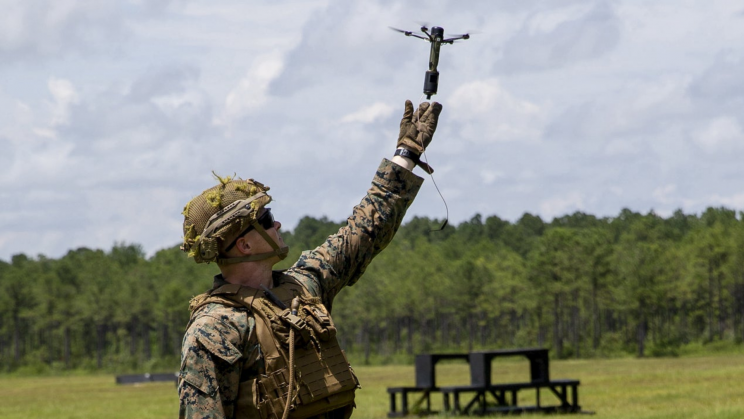 But now, defense companies are focusing on getting these drones ready for suicidal missions….to fly and detonate.

The US Marines recently conducted a training exercise with the miniature drones at Camp Lejeune, North Carolina. The low-cost miniature drone is called the Drone 40. It can be deployed by hand or launched from a 40 mm grenade launcher to become an airborne explosive. Drone 40 has been developed by an Australian defense company Defendtex.

Once launched or hand-tossed, these devices hover in the air using four rotors attached to the top of its body. The flight of the Drone 40 is then controlled using a radio link from a portable ground control station. It can hit the target and detonate or can fly back to the base where the Marine catches it by a tether.