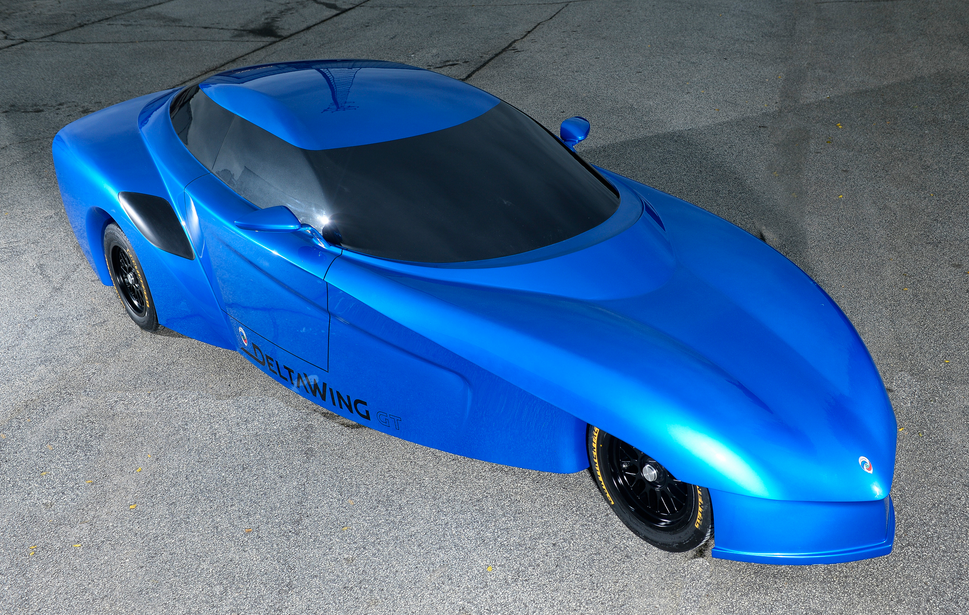 The Panoz DeltaWing car debuted back in 2012, and what was supposed to be a narrow race car specifically designed for minimum weight and drag, fizzled out as a racing vehicle.

However, the DeltaWing could reportedly have new life as a street-legal road car, with Panoz teasing a concept version.

Obviously, it would be really cool to see this vehicle out and about on the road, but what’s even more enticing is the fact that it supposedly gets 74 miles per gallon on the highway.

While it is still in the concept stage, if Panoz can get the go-ahead, expect them to call the commercial car the DeltaWing GT, which would be manufactured in both two and four seat versions.

NIKE Presto Ultra Flyknit Transformed Into Emoji-Like Designs by Chris Labrooy
From Trash to Treasure: Scientists Turn Plastic Bottles and Bags Into Liquid Fuel
Airbus Has to be Joking With This New Seating Arrangement… Right?