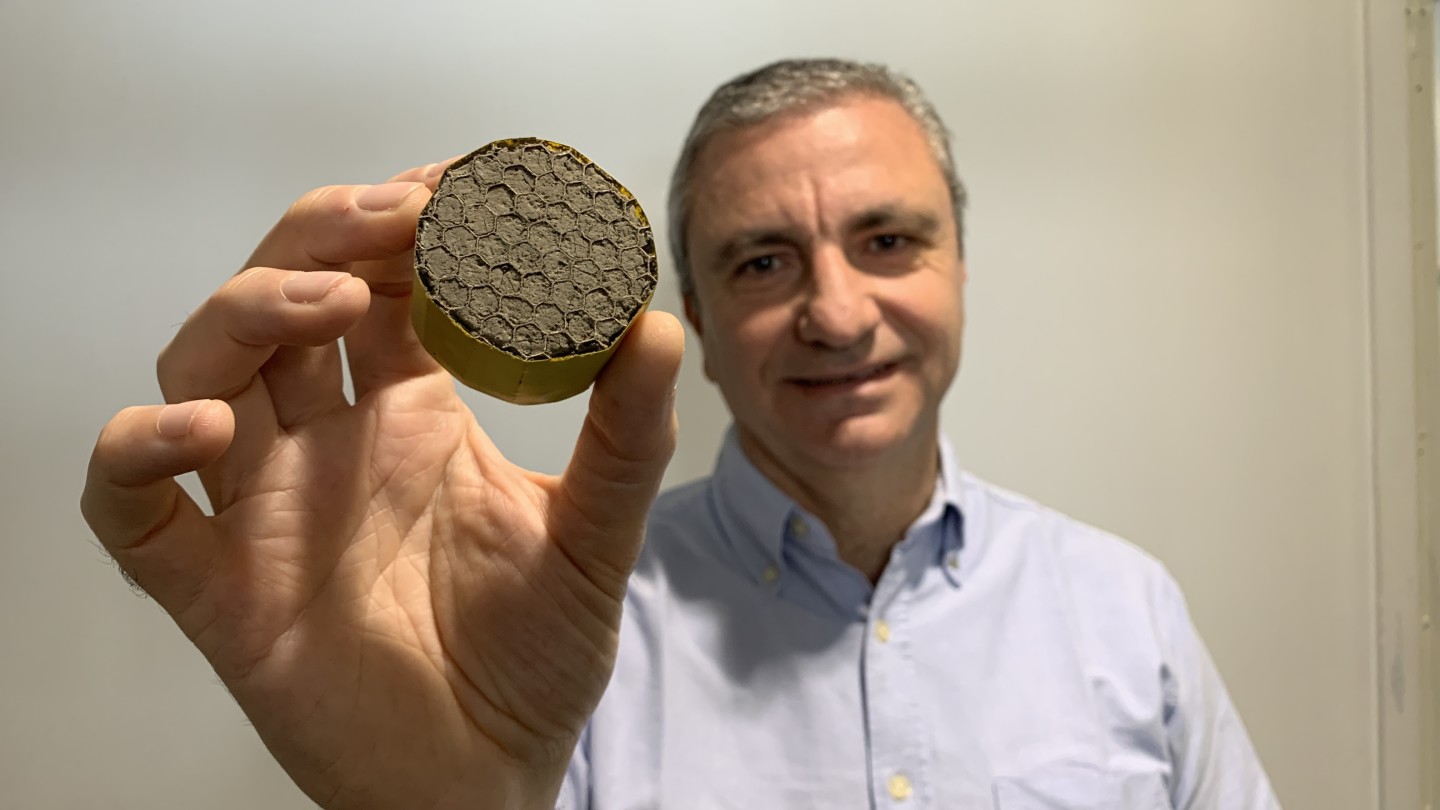 When you think of noise, you probably think of the sound of a jet engine. Jet engines can make sounds more than 145dB. While the loudest sound a human ear can tolerate without pain is around 120 decibels (dB).

To combat the sound of jet engine noise, researchers from the University of Bath have developed a new light material. The graphene-based light material can reduce the engine noise considerably thus improving passenger comfort.

The material is graphene oxide-polyvinyl alcohol aerogel. Weighing just 2.1kg per cubic meter, it is the lightest sound insulation material ever manufactured. It could reduce the deafening engine noise by up to 16 decibels. This means a 105-decibel roar of a jet engine could be reduced to a sound closer to a 95-decibel hairdryer.

Since the aerogel is extremely light, it could fit in the aircraft engine nacelles without adding any weight

The material is primarily being developed as a sound insulator in airplane engines. But researchers believe the aerogel can have many other uses.

Professor Michele Meo from Bath’s Materials and Structures Centre (MAST) who led the research, says: “This is clearly a very exciting material that could be applied in a number of ways – initially in aerospace but potentially in many other fields such as automotive and marine transport, as well as in building and construction,”

“We managed to produce such an extremely low density by using a liquid combination of graphene oxide and a polymer, which are formed with whipped air bubbles and freeze-casted. On a very basic level, the technique can be compared with whipping egg whites to create meringues – it’s solid but contains a lot of air, so there is no weight or efficiency penalty to achieve big improvements in comfort and noise.”

Currently, under testing to optimize its heat dissipation capabilities, it could be ready for commercial use in just 18 months.

Why Tesla is Sharing Its Electric Car Technology with Everyone