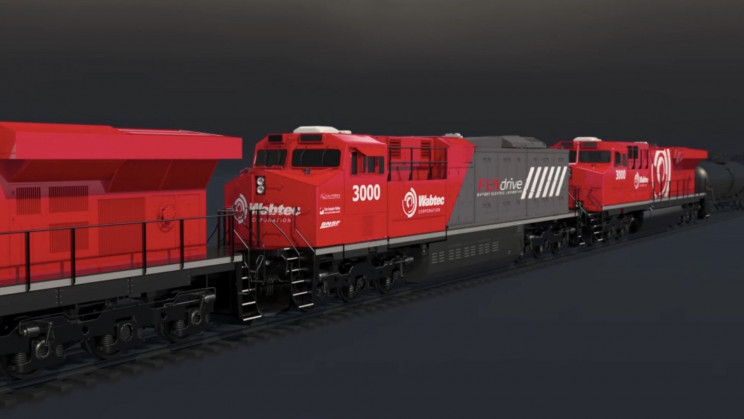 Transport is widely recognized to be a major source of air pollution worldwide. But rail transport is considered the efficient way to move goods and accounts for just 0.5 percent of U.S. greenhouse gas emissions. Massive 1.7 billion tons of cargo are transported on railroads in the US every year.

Now, to encourage more use of the railway system and reduce emissions from transportation, Freight train manufacturer Wabtec has unveiled the world’s first battery-electric locomotive. The Pittsburgh, Pennsylvania-based firm Wabtec, developed the train in collaboration with Carnegie Mellon University.

The new train, called the FLXdrive runs on 18,000 lithium-ion battery cells, which allow it to produce up to 4,400 hp. The train has an energy capacity of 2.4-megawatt-hours and it can recharge via regenerative braking.

Wabtec claims that the hybrid train is “dramatically more powerful” than Tesla electric car. It has the power of 100 Tesla cars.

The hybrid train’s battery-powered electric powertrain can be paired with the traditional diesel engine to reduce fuel consumption. Wabtec says that its hybrid locomotive could use 30 percent less fuel in comparison to a diesel-powered train.