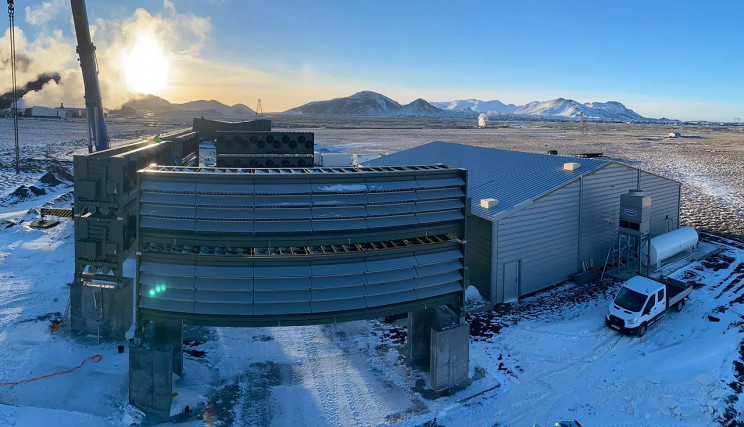 According to a new report, worldwide climate change has resulted in a fivefold increase in the number of disasters over the 50-year period.

Extreme floods are drowning Europe and Asia, and exceptional heat and drought have badly affected western North America. A major climate report by the U.N.’s climate body has come to the conclusion that global warming is accelerating. And CO2 produced by human activities is the largest contributor to global warming.

So, a Swiss start-up Climeworks has built the world’s largest plant in Iceland. The plant is designed to suck carbon dioxide out of the air and deposit it underground. Climeworks has teamed up with Carbfix, an Icelandic carbon storage firm to develop this plant.

This plant, named “Orca” is expected to suck about 4,400 tons of CO2 out of the air every year. This amount of CO2 is roughly equivalent to the emissions of roughly 870 cars.

Orca is made up of multiple shipping container-like units. These units use high-tech filters and fans to suck up the surrounding air. Once the air passes through these fans, CO2 sticks to large filters. So they filter out the CO2, mix it with water, and then pump it into deep underground wells. Eventually, it will be compressed into rock.

Supporters of carbon capture and storage believe these technologies can help to brighten our world’s atmosphere’s future. But, according to critics, the technology is expensive and might take decades to operate at scale.