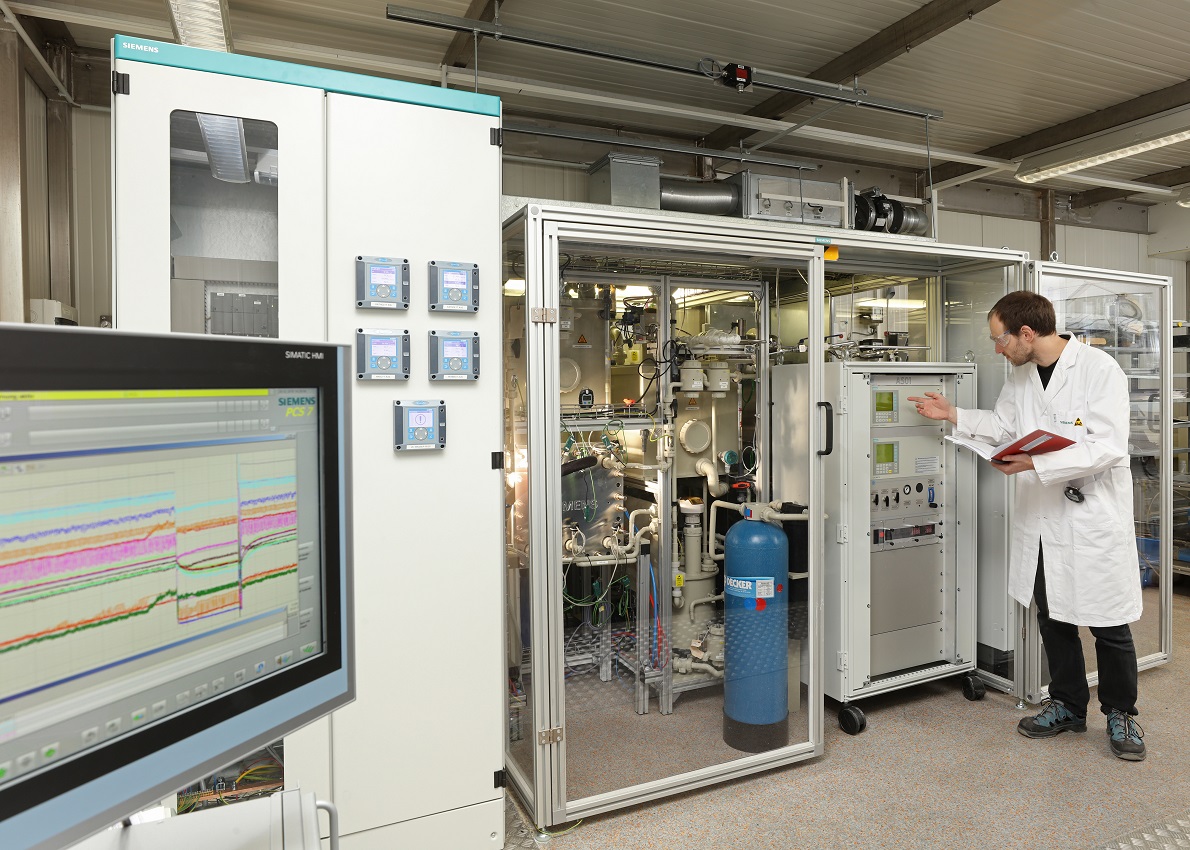 Scientists from Evonik and Siemens got busy together again, as their joint Rheticus project is entering its second phase. The two companies will have to combine their bioreactor and electrolyser elements into a single unit.

The purpose is to figure out if they can create industrial chemicals and fuels by using only microorganisms and renewable energy. Sounds very promising, and this is precisely why the German Federal Ministry of Education and Research funded the project with a generous grant of €3.5 million.

Siemens is converting carbon dioxide and water into carbon monoxide and hydrogen in its electrolyser. The gases that are produced will now pass into the Evonik bioreactor, where microorganisms will try to perform the final conversion into useful chemicals and fuels.

Although there’s no light involved in the process, the two companies like to call this “artificial photosynthesis” because chemical and biological steps are orchestrating the conversion, just like in natural photosynthesis.

As Rheticus progresses to its second phase over the next couple of months, the two units will be integrated into a single production platform which will first try to produce butanol and hexanol. These are both alcohols, so they can be used as fuels or as special-purpose chemicals.

If this works as expected, the researchers will have something tangible to demonstrate that their artificial photosynthesis method is indeed effective.

If someone would like to see different chemicals or fuels spew out of the Evonik’s bioreactor, the microorganisms that are put in there should be different. As the researchers point out, changing the bacterial strain and conditions inside the bioreactor can result in a wide spectrum of chemicals coming out of it.

At this point however, the goal is to produce butanol and hexanol, and determine the purity of these substances at the exit.