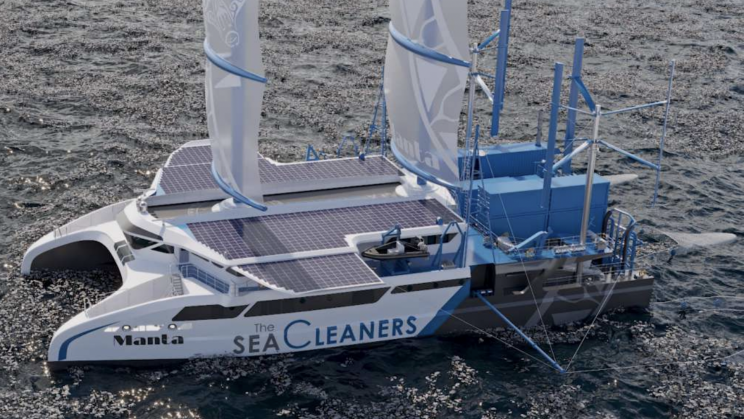 With every year, the worldwide quantity of marine debris is increasing in our oceans. But if the current pace of plastic usage and disposal continues, by the year 2040 about 29 million metric tons of plastic would enter the ocean annually. The amount is equivalent to throwing away 110 pounds of plastic on every meter of coastline around the world.

Marine creatures mistake this plastic garbage for food. As a result, these plastic pieces choke and clog the stomachs of these creatures. Condition is that bad that it has now entered into every level of the ocean food chain.

For solving this issue, a French ocean adventurer Yvan Bourgnon and his team designed a yacht ‘The Manta’. It is a pioneering sailboat for collecting marine plastic waste. This sea vessel not only scoops up plastic garbage but also converts it into fuel for powering the boat. 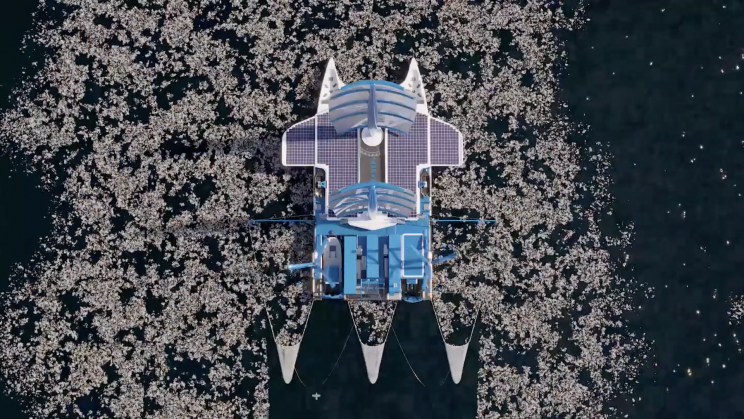