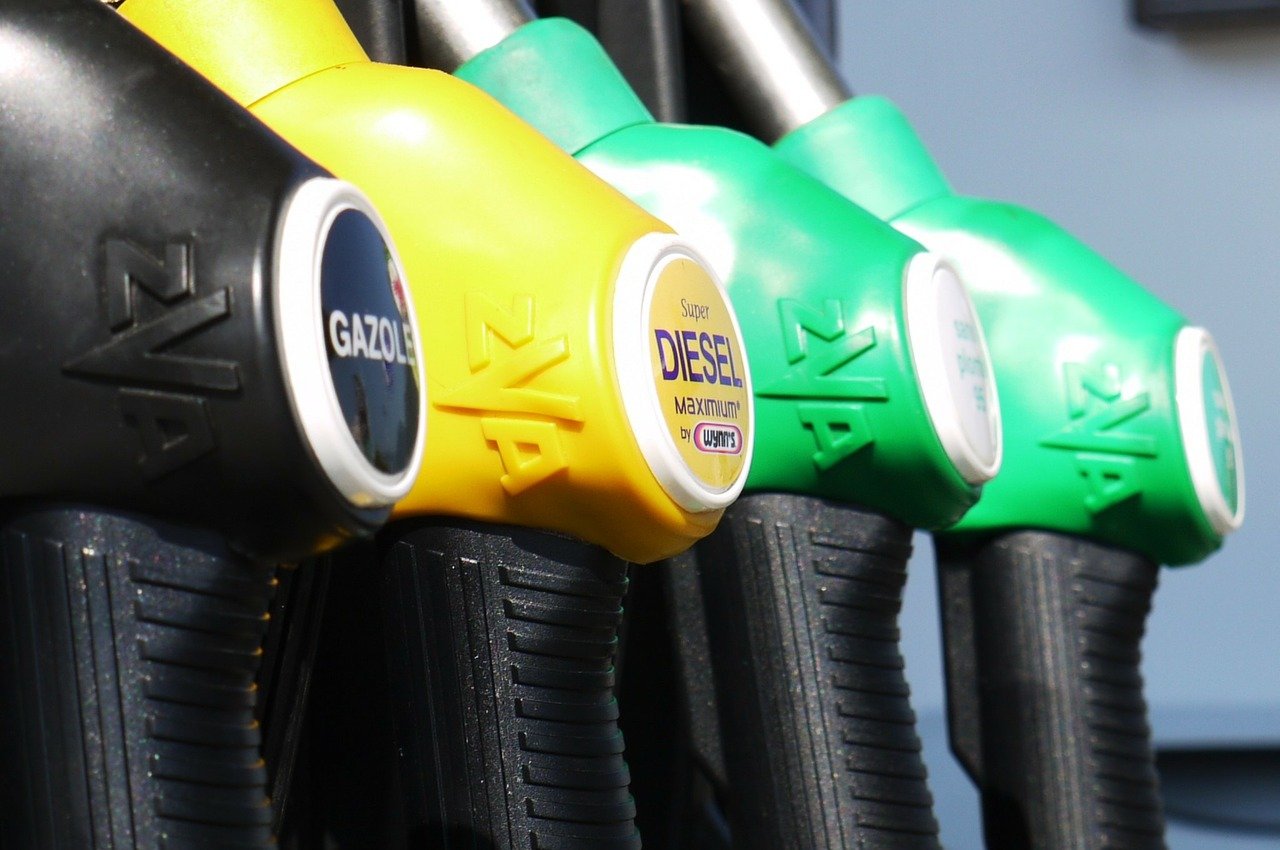 While the electric and hybrid market is on the rise, diesel vehicles are still in demand – for the time being. Questions over whether diesel vehicles have a place in the future continue to be asked because of the concerns that diesel fuel is a severe pollutant to the environment. Diesel vehicles have been praised as a more fuel-efficient alternative to those with a standard gasoline engine and for having lower carbon emissions. With the push for cleaner fuel-based vehicles, many believe diesel is nearing its end.

However, diesel has evolved over its lifespan, with new and improved internal combustion engines. Because of this, the industry does not see diesel technology disappearing anytime soon. In fact, many in the industry see this as the moment to make improvements to the technology, eliminating the dangerous pollutants with cleaner, renewable fuel.

It is estimated that one out of every two economic sectors currently relies on diesel technology. Newly surfacing technologies, including fuel cells and batteries, may be helpful in replacing diesel in specific economic sectors. However, professionals in the industry believe diesel will still dominate in other sectors.

Still, in a world where the push for clean, energy-efficient vehicles grows closer to becoming the new norm, it’s not surprising that more and more diesel manufacturers are turning to renewable fuels. But, the question remains, will this technology be capable of remaining competitive with advanced and fully electric vehicles? We will explore what the future has in store for diesel vehicles in our article below to learn further.

What is Diesel Power

Diesel has been around for years, at least dating back to 1897. Created by Rudolf Diesel, the diesel engine was designed to make a vehicle that would be more powerful and energy-efficient. The engine was widely successful. In 1925, Swiss engineer Alfred Buchi combined the original engine with his turbocharging technology, which gave it more than a 40% increase in energy efficiency.

The design was improved even further when German inventor Robert Bosch upgraded the fuel injection pumps in 1927. 1936 saw the first diesel passenger vehicle, and then by the 1960s, the diesel engine had become the number one energy source for commercial vehicles.

Much like a gasoline engine, diesel engines are considered internal combustion engines. The fuel for these types of engines is burned inside the engine’s main chamber, where all its power is produced. However, unlike gas-powered cars with a tough time delivering sufficient torque at low RPMs due to their sensitive throttle pedal inputs and high inlet air temperatures, diesel engines don’t have this struggle because of their higher thermal efficiency. In other words, the internal combustion of the fuel creates more heat which becomes more mechanical energy.

It’s a system of four-stroke combustion cycles that run a diesel engine, which includes:

One of the significant appeals of diesel vehicles, especially for passenger vehicles, is that a person can travel farther than they could with the same amount of fuel in a gasoline car. The diesel engine is the premium choice for trucks, buses, marine workboats, and heavy equipment. This means much of the transportation, forestry, construction, and mining industries still find diesel technology necessary to continue to thrive.

With the need for diesel still from several vital industries, it would seem there is no question that the technology is here to stay. But, that hasn’t stopped the opposition who have found that diesel contributes to our environmental pollution. Because of this concern, diesel companies are constantly redesigning and testing to reach a model that produces fewer emissions.

The emissions being produced from diesel vehicles have been a worry for many years, but this has significantly increased with the growing awareness of issues that will affect our environment, including global warming and air pollution. The advancements in electric and hybrid cars are leading more governments and organizations throughout the world to consider banning diesel technology altogether.

For many countries, diesel could quickly become a thing of the past. Some are making goals to eliminate all diesel vehicles by a specific year. The United Kingdom has made a plan to ban sales of the last diesel vehicles by 2040. Their end goal is to have only emission-free vehicles on the road by 2050. Furthermore, France has agreed to conform with the UK’s plan, ending sales on diesel-run cars by 2040 as well. They also want sales of only electric, hybrid, and alternative clean vehicles to be legal at that point.

Germany is seeking to decrease the use of diesel cars and other vehicles through its own initiatives. One such initiative is banning vehicles of older age, considering they have more significant pollutants than many new models. Chancellor Angela Merkel has noted that Germany does not have a specific date in mind yet. Still, they would like to invest more in technology for electric and alternative clean-energy cars.

India also wants all vehicles to be diesel-free as soon as 2030. Much of their decision comes from the overpopulation and poor air quality that has already plagued their cities for some while. Norway aims to go further and have all new cars emissions-free as early as 2025. Looking at a country like Taiwan, ceasing production of diesel motorcycles will come first by 2035, and diesel cars and other vehicles stopping production by 2040.

There are already some nations that have banned diesel vehicles in particular cities. Belgium, for instance, is seeing bans in cities like Brussels with all diesel vehicles off the roads by 2030.  Japan is making serious efforts to work with several of its significant manufacturers, including Nissan, Honda, and Toyota, to develop more electric and hybrid models, with no diesel or gasoline vehicles left by 2050.

However, some see the complete ban of all diesel vehicles and equipment as somewhat impulsive and unrealistic, especially in the United States. This is not to say that there aren’t parts across the country that don’t want to eliminate diesel technology. There are actually already at least 12 states that want to ban all diesel engine vehicles. These states include North Carolina, Connecticut, New Jersey, Maine, Massachusetts, New York, Rhode Island, California, Oregon, Washington State, and Hawaii.

Still, authorities from many government agencies up to international consulting firms agree that this technology still remains essential to meet our biggest challenges as a society. Also, much of the diesel industry is confident that emerging technologies will allow for new designs that are hybrid or reduce GHG emissions.

Diesel And The Environmental Concerns

The push for cars that use cleaner energy is viewed as a need for our environment, global climate, and human health. Along with other particulates in diesel exhaust like hydrocarbons and nitrous oxides (NOx), these pollutants contribute to ground-level ozone, acid rain, and smoky skies from wildfires caused by forest fires or agricultural burning. These emissions can also produce property damage, such as corrosion of buildings’ surfaces because the metals used in the construction react chemically with water vapor emitted into the atmosphere through human activities.

The further facilitation of climate change is another concern of using too many diesel vehicles in the future. Experts feel many industries need to make changes as climate change will only worsen, affecting our air and water quality by increasing particulate matter levels. Changes occur in weather patterns which can lead to disasters such as flooding and extreme rainfall events. Sea levels rise due to the melting of ice sheets and glaciers, and ecosystems become disrupted, affecting agriculture.

Constant exposure to the exhaust emitted from diesel engines can have concerning effects on human health as well. More pollution leads to worse air quality, aggravating people living with asthma and worsening other respiratory diseases like COPD, as well as heart disease. Diesel technology has reduced air quality over the decades by emitting oxides and nitrogen, ultimately creating smog.

Officials feel everything possible needs to be done to lessen the possibilities of these effects. Decreasing the emissions from diesel is a significant way to stave off these issues in the future. Companies and engineers in the diesel industry recognize that they must investigate new technologies that could eventually shift to cleaner-running engines if they are to survive.

How Does Diesel Technology Plan to Evolve?

The diesel industry has many plans to help the evolution of the diesel engine eventually align with cleaner fuel. Four specific strategies are paving the way for the future of diesel technology.  These include lowering emissions closer to zero, improving efficiency by using low carbon renewable biofuels, and increasing the use of hybridization for clean power across broad sectors of the global economy like trucking or shipping.

Cleaner diesel fuel, advanced engines, and effective emissions control are the foundation of a new generation of clean technology. These new advanced designs in diesel technology are said to be cleaner, more efficient, and effective than ever before. Advanced engines combined with clean fuel make it possible to clean up our air with near-zero emission for smog-forming compounds such as oxides and nitrogen as mentioned previously.

Many commercial auto owners and companies have turned towards newer generation diesel vehicles that offer near-zero-emission performance and still use less fuel. These models, which began back in 2011, make up nearly 50% of commercial diesel vehicles in use.

Diesel-powered cars have a proven track record of being energy-efficient, and now they can also be renewable. Such new designs could allow for cleaner air, lower greenhouse gas emissions, and less carbon production while still having the fuel efficiency of the past diesel engine. California has been a leading state in creating new emission standards for lower NOx and particulate matter levels, effective by 2027. Now, even the Environmental Protection Agency (EPA) is looking to propose a similar national plan this year.

With the EPA and NHTSA implementing more stringent efficiency regulations on diesel engines, more funding has been provided for research and development for cleaner diesel engines that are also more energy-efficient. Low-temperature combustion (LTC) is one advanced strategy. It operates with a combustion chamber running at a lower temperature, which compresses a fuel-air mixture and raises the temperature and density. The ignition occurs without a flame.

Another more efficient strategy is Clean Diesel combustion. This method from diesel engines can be achieved by adding recirculated exhaust gas to the intake air stream. This reduces or eliminates soot and NOx while retaining the high efficiency of the engine. Off-road engine and equipment manufacturers have taken advantage of these fuel savings by opting for advanced designs that make engines work more efficiently with reduced hydraulic leaks while also boosting productivity from connectivity and hybridization.

Biodiesel and renewable diesel offer a fuel alternative that has the potential to help with climate change. These fuels are high-quality and affordable, proven options because they work in both new and old vehicles. They provide significant reductions of greenhouse gas emissions across many sectors of society where diesel vehicles are reliant such as transportation, construction vehicles, and farming vehicles.

Current diesel engines for commercial use are designed to run on Biodiesel – a fuel derived from vegetable or animal fat that is biodegradable and renewable. It is often used in blends with standard diesel, including B5, which uses 5% biodiesel, and B20, which uses 20%. There are, however, some engines designed for commercial vehicles that can use blends with higher levels of biodiesel.

Renewable diesel fuel and biodiesel have been viewed as vital fuel sources of the future for good reason. Zero-emission trucks could be here relatively soon, but these advanced biofuels can help us get there faster in the meantime.

How Big Data, Precision Agriculture Will Feed 9 Billion in 2050 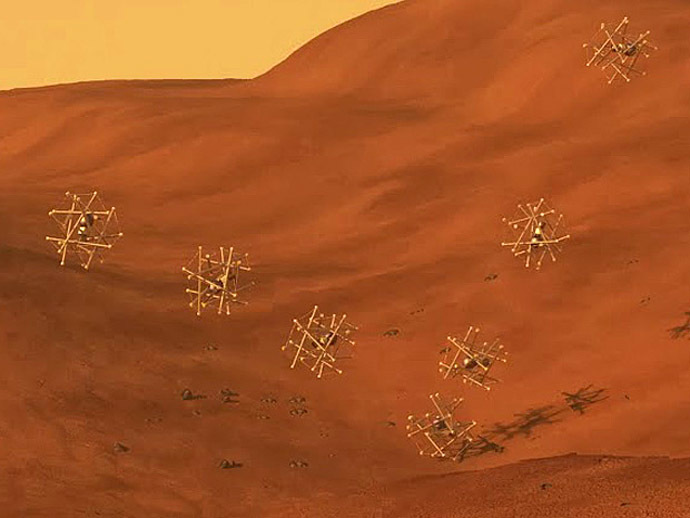 NASA’s Next Rover Could Be a Squishy Robot Ball