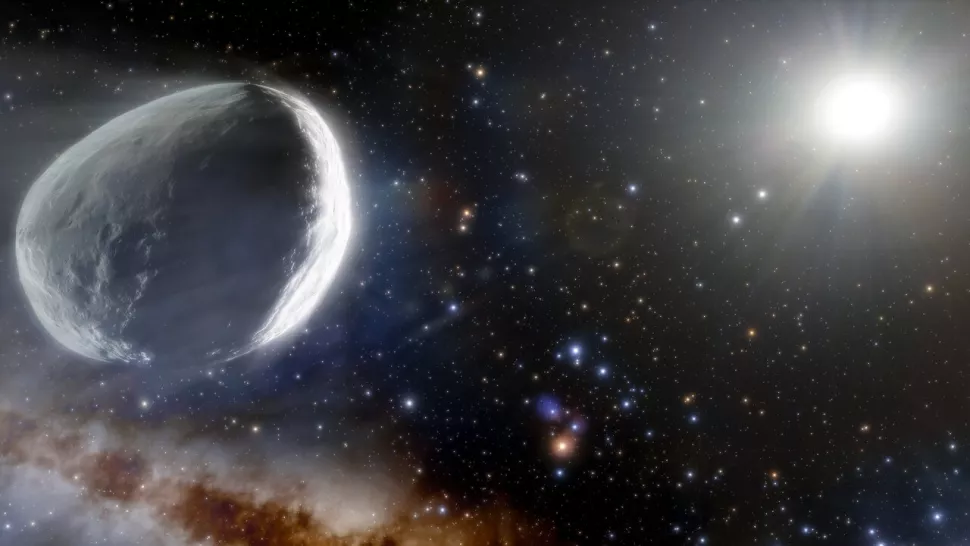 Monster comet, probably the largest one ever discovered is making its way from the edge of our solar system. The comet is expected to be about 1,000 times larger than most comets witnessed by humans. It’s so large that astronomers previously mistook it for a dwarf planet.

The comet, known as the Bernardinelli-Bernstein (BB), was discovered by University of Pennsylvania astronomers Pedro Bernadinelli and Gary Bernstein. Its estimated arrival time is approximately 10 years from now.

Seven years ago, these researchers found evidence of a 60 to 100-mile wide comet. After combining their earlier data with fresh observations, they have finally released a paper confirming it.

Presently, the comet is flying through the Oort cloud, an icy layer in space about 29 astronomical units (AU) away. One AU is equal to the distance between the sun and the earth.

The orbit of this comet is so long that previously when it crossed the earth, humans didn’t exist. However, there is no need to worry. Because when it will pass through our Earth, it will be cruising between the orbits of Uranus and Saturn.

About 3.5 million years ago, it came near our sun. But it was still 18 AU away from the sun.

“It’s pristine,” Bernardinelli told The Daily Beast. “Not a lot has happened to this object since its formation in the early days of the solar system, and so we can think of it as a window into the past.”