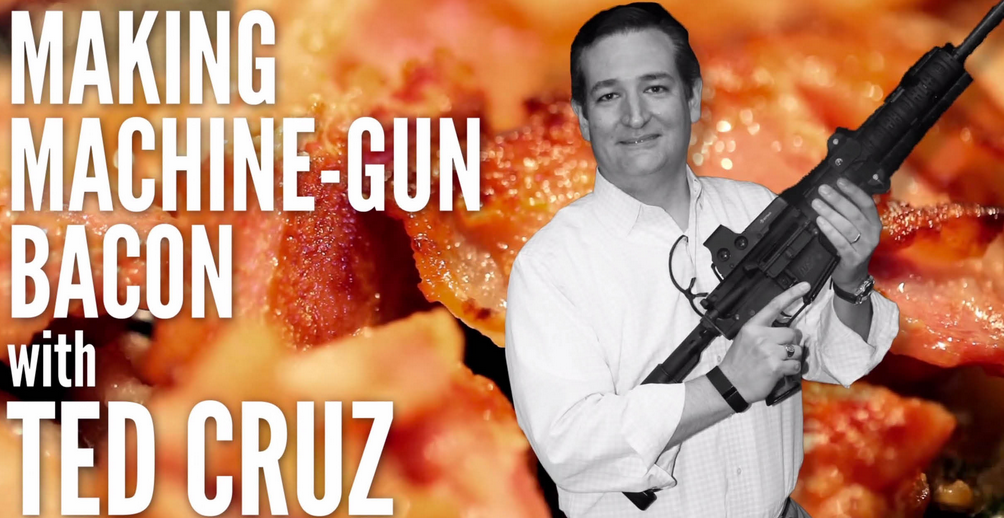 Sen. Ted Cruz (R-Texas) is looking to boost his presidential candidacy by cooking bacon with a “machine gun,” or AR-15.

It doesn’t make a whole lot of sense to me, but maybe he’s going the Trump route and just trying to make headlines right now.

“In Texas, we cook bacon a little differently than most folks,” Cruz said in a YouTube video with IJReview before proceeding to wrap the barrel of an AR-15 in bacon and tin foil.

Cruz then fires off a few rounds and then takes a bite of the bacon just cooked by the barrel of the assault rifle.

Obviously, with the first GOP presidential debates taking place, candidates are doing everything in their power to gain as much publicity as possible.