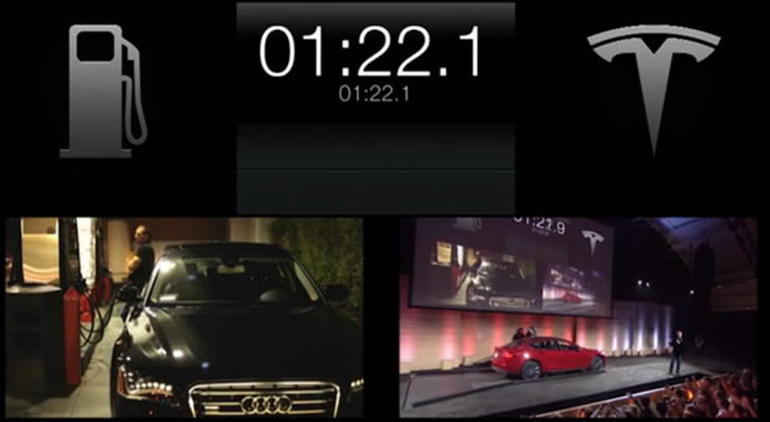 At an event in Los Angeles last year, Tesla showed that it can swap the battery pack in a Model S sedan faster than it takes to fill a gas tank.

Tesla is now ready to launch a pilot version of that technology at a custom-made pilot swap station in Harris Ranch, California where Tesla already has Supercharger stations.

Tesla has started inviting some Model S owners to come try this facility. Tesla Model S owners can drive to the facility and swap their drained battery for a fully charged one.

The battery swap will take about three minutes to complete, which is substantially less than the 20 to 30 minutes it takes to charge up at a Supercharger.

Originally, the swap took about 90 seconds but the swap time increased to three minutes because of the added steps of removing the protective plates that shield the battery pack. Still, it’s a remarkable achievement to swap a thousand pound battery in such a short time.

While battery charging is free, users are required to pay a cost of around $60 to $80 for a Battery Swap.