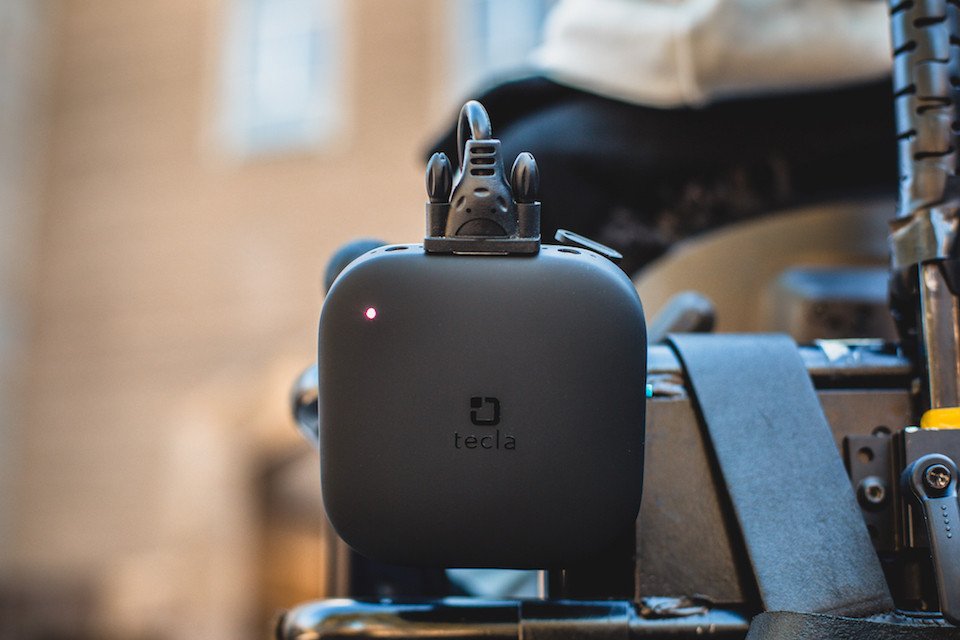 Recently, Komodo OpenLab launched its new and vastly advanced tecla-e, available for pre-order at gettecla.com. tecla-e is a cloud connected assistive device providing users with control of their devices and environment. Proving definitively that good things come in small packages, the new version offers greater and improved features in a smaller, sleeker design. The upgrade is the result of extensive collaboration with a number of Tecla users.

“Tecla has always been evolving and improving, and it is critical for us that we get input from our customers,” said Mauricio Meza, CEO and co-founder of Komodo OpenLab. “As mobile technology advances, we need to do so as well, and with this new version, I believe we are enabling our users to seamlessly keep up with their changing devices.”

Made by Komodo OpenLab, Tecla is for anyone who can’t easily use a smartphone, tablet or computer, including those with limited upper-body mobility resulting from spinal cord injuries, multiple sclerosis, ALS, muscular dystrophy, cerebral palsy, brain injuries, or stroke. Tecla connects to accessibility switches (buttons, sip and puff) or wheelchairs and allows an individual to then wirelessly interact with their iOS or Android devices, computer, internet-enabled appliances hands-free, making technology (and love ) accessible to everyone. The new version, tecla-e, lets users independently control up to eight smart devices simultaneously.