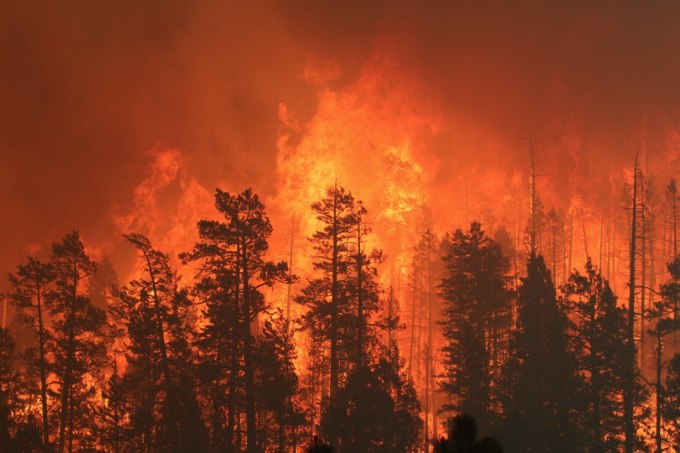 Climate change has altered weather patterns around the world. According to researchers, as the greenhouse gases warm the earth, we can expect more wildfires across the globe in the near future. Every year, forest fires burn millions of acres across the globe, displace thousands of people from their homes and cause millions of dollars in destruction.

Once thought to be unpredictable, the spread of wildfires across a landscape can now be forecasted like the weather. Scientists at the National Center for Atmospheric Research (NCAR) and the University of Maryland have developed a new computer modeling technique that may produce continually updated predictions of wildfire growth throughout the lifetime of long-lived blazes, even if it burns for weeks or months.

This technique combines cutting-edge simulations portraying the interaction of weather and fire behavior with newly-available satellite observations of active wildfires. Updated with new observations every 12 hours, this technique predicts critical details like extent of blaze and the changes in its behavior.

The researchers successfully tested the new technique by using it retrospectively on the 2012 Little Bear Fire in New Mexico, which burned for almost three weeks and destroyed more buildings than any other wildfire in the state’s history.

This new technique could be particularly useful in anticipating sudden blowups and shifts in the direction of the flames.