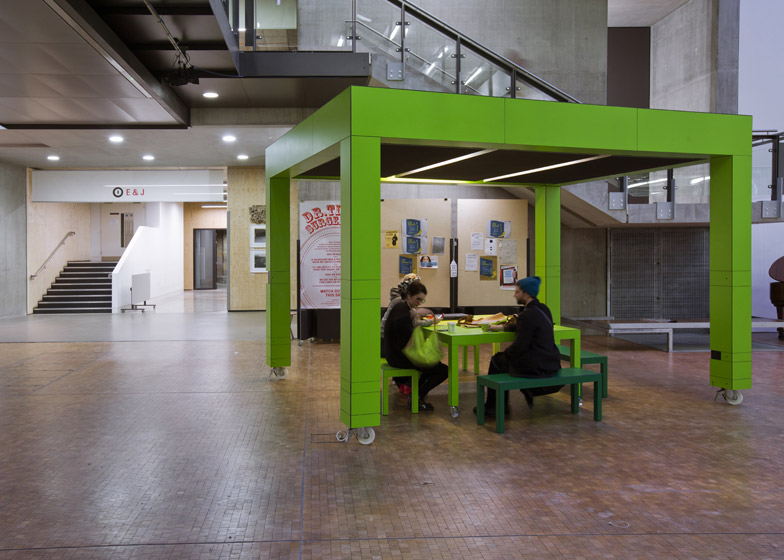 When we adults get stuck in a routine perspective on life, it dampens our creativity. But, shift the scale of our world, and our inner child comes out to play. That’s the idea behind the giant table and chairs recently displayed at the Bay Area Maker Faire and other artistic formats around the world.

International Maker Faires are kind of a family-style version of Burning Man for creative techies and tinkerers, where giant displays tweak the imagination and challenge conventional thinking. One exhibit, a 7-foot tall table with two chairs, titled 3 for Life, is an invitation to adults to remember when the scale of their world left them looking at legs instead of faces. Michael Seo, Marie Applegate, and the team specifically chose this scale to make one feel like a three-year-old again and, hopefully, unbridle latent creativity. Sadly, Applegate notes that adults were reluctant to fully explore without being given instructions what to do.

It’s also the idea behind the works of Robert Therrien. His 10 foot high No Title (Table and Four Chairs) hopes to present the perspective from underneath, bolts and all. The height makes adults feel small and childlike. It is preceded by art pieces with names such as No Title (Yellow Table Leg) and Under the Table. The idea is to use scale of simple objects to evoke a sense of being dropped into an Alice in Wonderland world. Admit it. We humans love to shift the scale of our world to bring out our inner child. But we usually opt for reduced size, like fairy gardens and model railroads. There are exquisite scaled down models of entire cities around the world, some taking years to construct. These miniatures may make us think small, imagining that we might shrink down to insert ourselves into the scene. But, an expanded scale makes us feel small rather than think small. This heightened scale might even make the less than self-confident person feel uncomfortable instead of amused.

Shifting scale in everyday objects can be creative and yet functional at the same time. That’s the intention of the giant workspaces of movable tables nestled inside other tables created by Featherstone Young Architects of London. The cluster of three giant tables provide structures with smaller human-sized tables and even smaller tables that can double as benches, underneath. As hoped for, the tables, located on the campus of Central Saint Martins at King’s Cross, transformed a barren open alleyway into a thriving center of activity.

The tables are fitted with castors to allow for mobility, yet color-coded so as to keep the groupings from becoming a disarrayed hodgepodge. The largest tables, that act as structures, come in two sizes, one larger than the others. The largest one has removable curtains to easily convert to a projection space. All the tables’ legs are fitted with electrical outlets and the largest one even has a switch to turn on a rooftop light signaling an event is happening. The largest has a seating capacity of 40 while the two smaller structures are geared toward more intimate lectures and presentations seating 8-10 attendees. Sometimes giant tables and chairs are used as an “artful” stunt, or perhaps sham, like the farmer who spread the rumor that his table and chairs that sheltered his horses were constructed in revolt because he couldn’t get a permit for a pole barn, but tables and chairs had no restrictions. The pastoral picture of horses grazing under giant furniture is a surreal image. But, it turns out the farmer was actually using the fake story about permits to gain notoriety of his wood products business.

It is healthy for our brains to get out of a rut and shift perspectives. It might even help prevent dementia. There is a flea market near my home that has a giant rocking chair out front as a draw. Every time I see it I think of Lily Tomlin’s Edith Ann on Saturday Night Live, with her legs dangling in the air and swinging back and forth, as she gives us a child’s perspective on a big world. I smile as I imagine her definitive declaration, “and that’s the truthhhhppppp.” 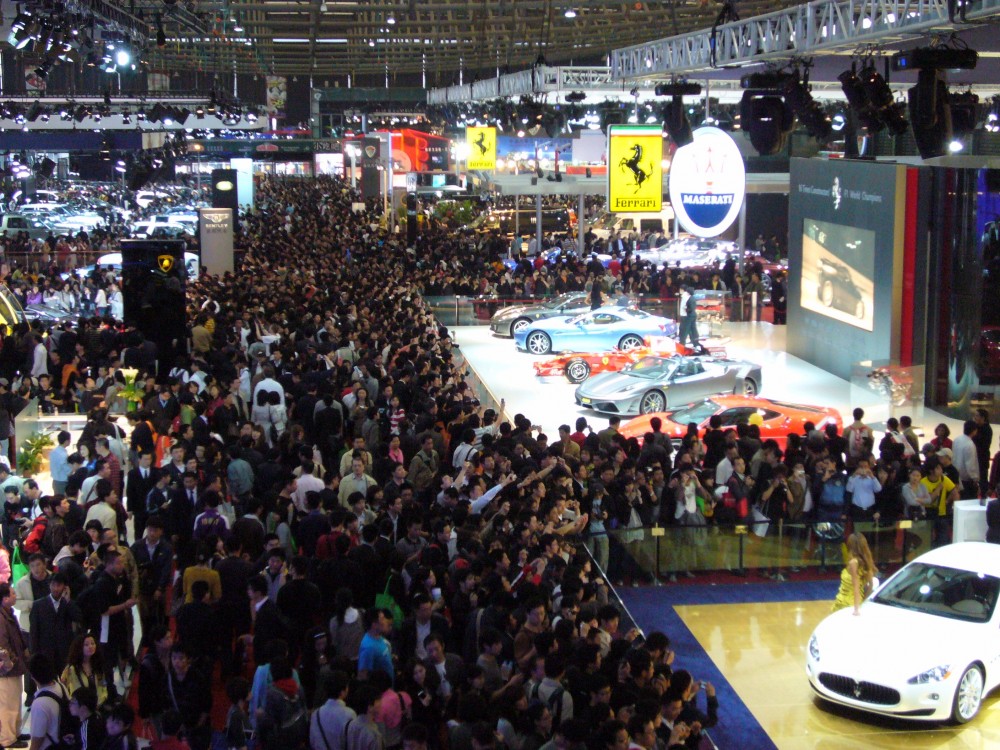