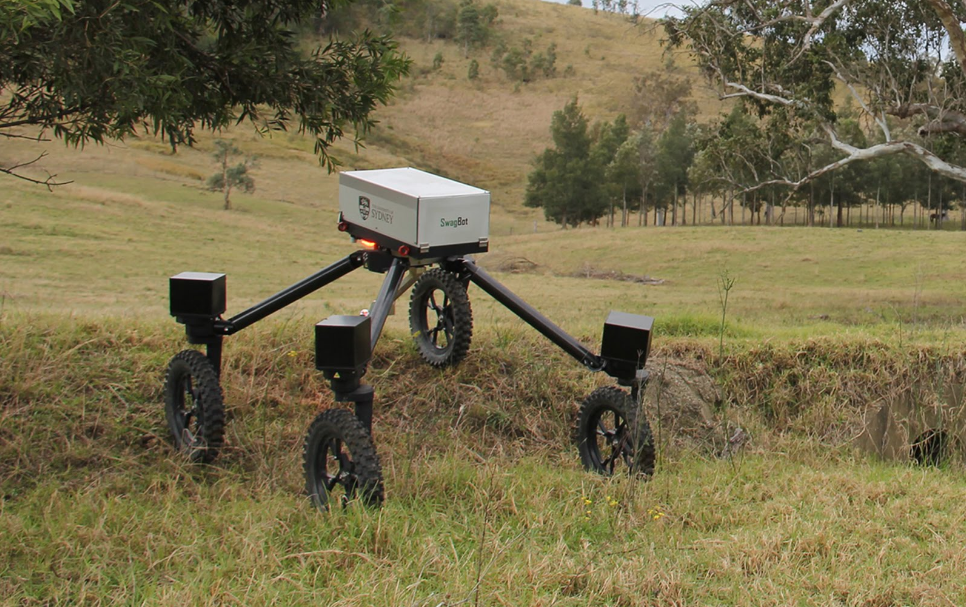 SwagBot is described as being able to herd cattle, pull heavy loads, and traverse rough terrain.

Ultimately, these characteristics have garnered it the label of the “first robot cowboy,” a pretty sweet nickname if you want to call it that.

Designed to manage livestock on Australia’s vast sheep and cattle stations, SwagBot is built to live out its days in the middle of nowhere essentially replacing the jobs of many herding dogs.

At the moment, SwagBot is being tested in its herding ability, as well its ability to maneuver around obstacles it might stumble across in nature such as swamps, logs, and ditches.

In the future, the leader of the trial, Salah Sukkarieh of the University of Sydney, hopes SwagBot will be able to identify and possibly even tend to animals it recognizes as sick or injured on the farm.

“The trial has been very successful so far, so it’s given us the confidence to move to the next phase,” Sukkarieh says.

“Over the next few months, we’ll be looking at what algorithms we need to put together to allow the animal monitoring,” he added.

To effectively monitor animals, SwagBot will eventually be outfitted with a slew of temperature and motion sensors capable of detecting changes in body temperatures, movement, and even colors.