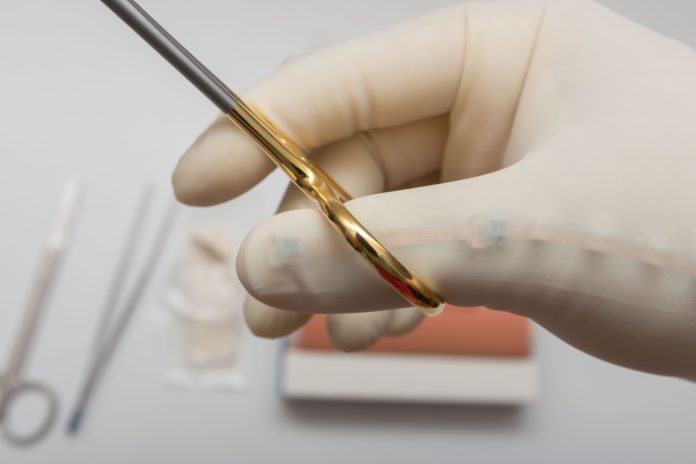 While surgical techniques have advanced significantly in recent times, surgical training has not kept pace and it still relies on observation. Instructing surgeons provide feedback while looking over the shoulder of trainees during an operation.

Now, a team of researchers at Western Sydney University have invented a new surgical glove that monitors the wearer’s hand movement to provide feedback on the technique.

Each glove incorporates cables and sensors on the fingertips to capture force and motion data without any interference. This data is then relayed to a screen to compare the hand movements of the trainee and the instructor.

The glove prototypes are currently being trialed by trainee surgeons at Britain’s Liverpool Hospital.

Meanwhile, the work continues on creating the perfect gloves

In the planned next phase, researchers want to develop a mobile app so that trainees can practice at home.

Engineers are exploring to include “haptic” feedback, such as a buzz to the fingertips or some audio feedback since the screen visualizations can be distracting while concentrating on tasks that require high precision.

Engineers have cautioned that these gloves can not replace trainers but will augment their ability to give advice.