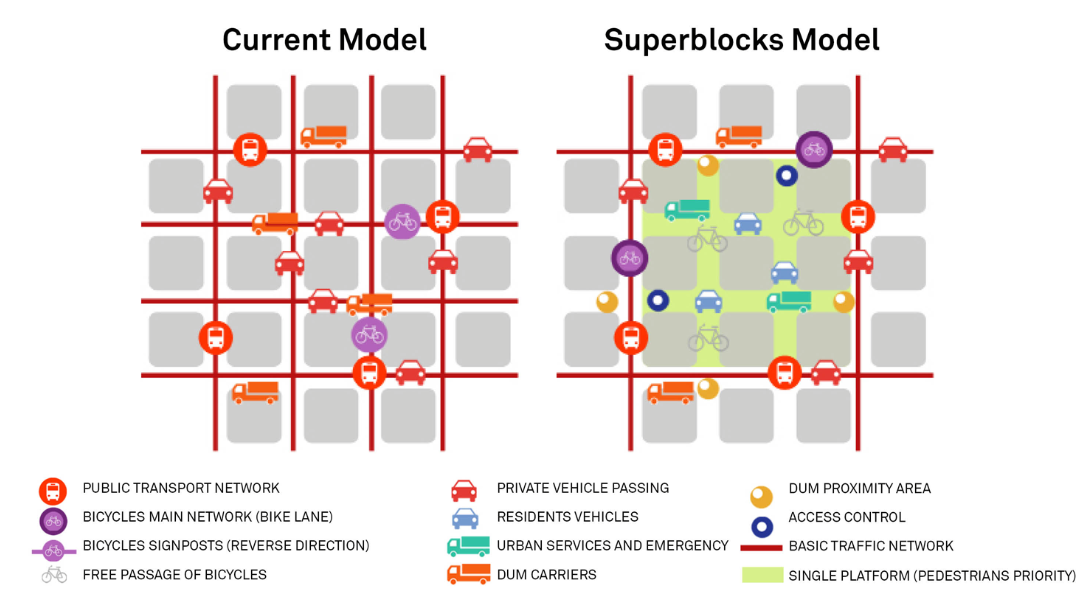 Ever since Barcelona’s municipality authorities decided to implement a new urban planning idea called “superblocks” in 2016, other cities around the globe have been monitoring to see how it works out. Apparently, it brought measurable benefits on all sectors of the quality of living for the citizens of the Spanish city, and now Australian cities are expressing their intention to follow a similar method of optimization.

Superblocks are urban areas of a size of approximately 400×400 meters, within which the traffic is restricted to a top speed of 20 km/h. Moreover, the priority inside superblocks is given to pedestrians and cyclists. No public transport or private vehicles are allowed to enter a superblock, and the only vehicles that are permitted inside are those of the residents, service trucks like garbage harvesters, and emergency vehicles such as ambulances. The space that is reclaimed inside the superblocks is used as a parking space, pedestrian space, and for parks.

This simple urban planning system has brought the following benefits for Barcelona:

Outside the superblocks, the traffic continues as normal, with all cars getting rerouted around the homes where people live, permitted to speed up to 50 km/h. The result is a generally much healthier urban space that only requires some basic traffic management when the new plan is first introduced. The first Australian city that could start implementing ideas taken from superblocks is Melbourne, although the situation there is qualitatively different.