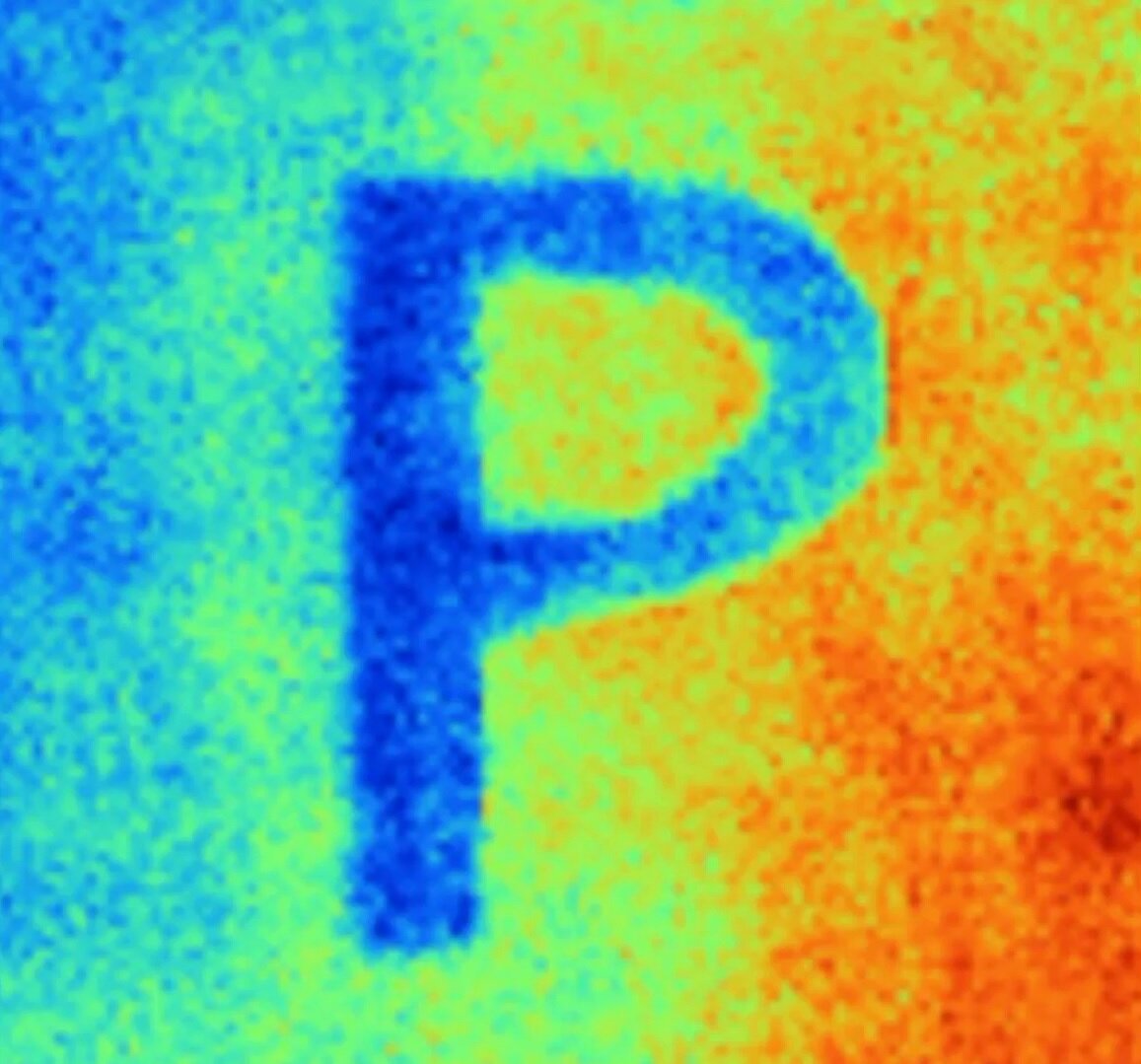 This infrared image shows that the P pattern pained with the Purdue radiative cooling paint is much cooler than the background painted with commercial paint. Credit: Xiangyu Li, PhD student of the School of Mechanical Engineering at Purdue University

With the rise in population and global temperatures, the demand for space cooling is also rising. It is not only putting a massive strain on electricity systems but also increasing emissions, especially in the world’s hotter regions.

As per IEA estimates, the global energy demand from air conditioners is expected to triple by 2050. So scientists are findings ways to passively keep the surfaces cool without using energy.

Now researchers from Purdue University have developed a new super-white paint that is highly reflective. It can reflect over 95 percent of sunlight. Scientists claim that it could cool a surface below the temperature of its ambient surroundings even under direct sunlight.

While testing, researchers found that it cooled a surface to 1.7 °C (3 °F) below the surrounding noon air temperature.

Unlike traditional heat-reflective paints, this new paint managed to reflect about 95.5% of solar energy:

Researchers developed this new paint using calcium carbonate. In comparison to standard paint, this new paint is thinner, much more abundant, cheaper, and absorbs less ultraviolet light. Moreover, it contains a particle concentration of 60 percent and has particles of many different sizes. Both these things help it to scatter different wavelengths in the solar spectrum.

“Our paint is compatible with the manufacturing process of commercial paint, and the cost may be comparable or even lower,” says Xiulin Ruan, an author of the study. “The key is to ensure the reliability of the paint so that it is viable in long-term outdoor applications.”

Ruan estimated that this innovative paint can help in saving about $50/month on cooling costs for a typical 200-meter square US home when compared with using existing heat-resistant paint.