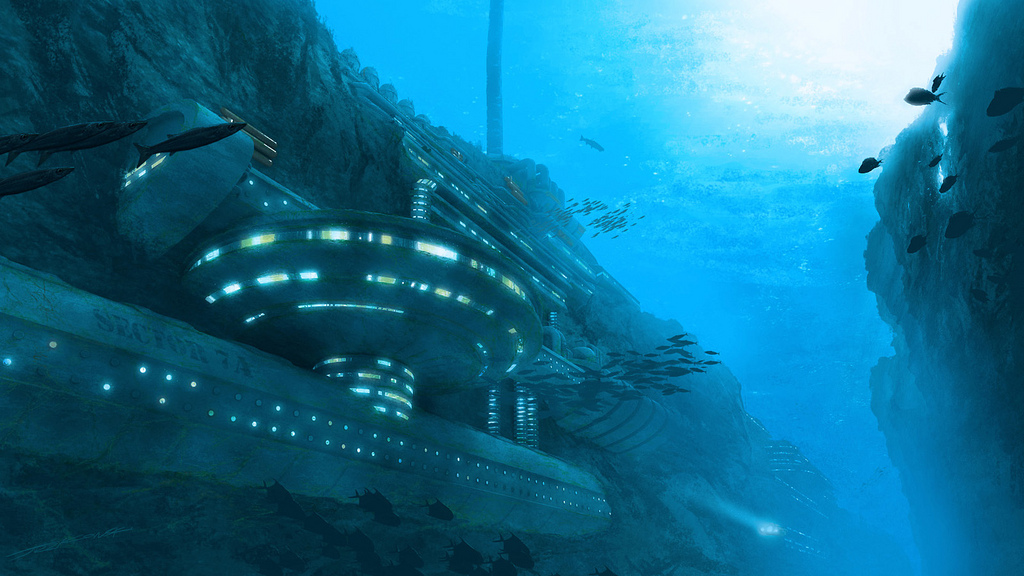 It is now common knowledge that the US government has built a number of underground facilities for the CIA, FEMA, the US Military and NSA. The facilities in the US and around the world are viewable on Google Earth and include:

IndustryTap reported on a potential underground facility that was built under and adjacent to the Denver Airport. Much of the best evidence comes from land surveying and civil engineering companies that have contracts with the Department of Defense (DOD).

The US has a history, dating back to the Cold War, of top secret projects that never see the light of day in the world’s newspapers and TV news reports. Naturally, like all clandestine projects, there isn’t a lot of information available and researchers must piece together details like solving a huge jigsaw puzzle.

Dr. Richard Sauder, author of Underwater & Underground Bases, has spent his career piecing together, facts, quotes from declassified government documents, information from corporate websites, reports from US agencies and information from anonymous insiders. For example, US submarine personnel have reported docking at under water stations and noting personnel changes once a submarine gets on its way.

Companies are now beginning to ramp up undersea factory operations. For example, Statoil, and many other oil companies are planning on moving oil platforms and processing factories to the ocean floor where the threat of oil spills is expected to be significantly reduced.

A Long History Of Subsea Experiments

The US Navy created “Sealab II” in 1965, nearly 50 years ago, in an experiment to run an underwater ocean laboratory. The following is an interview with one of the first humans to live underwater for an extended period of time. Clearly with technology having advanced significantly since then one would expect that such bases and laboratories already exist.