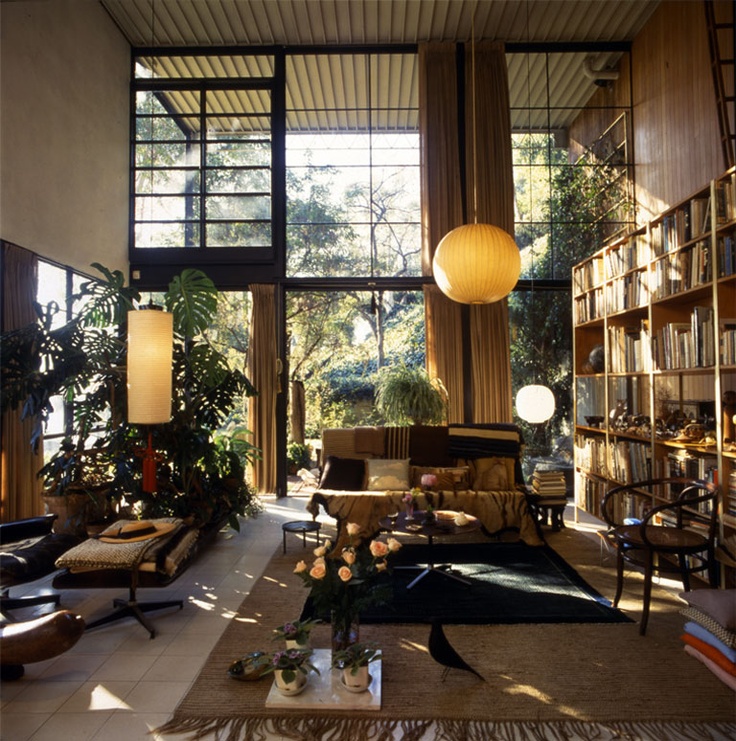 The US National Park Service keeps track of the country’s “Historic Landmarks” and “The Eames House No. 8” is one of the homes on that list. Built in 1945 in the Pacific Palisades area, the Eames House continues to garner a significant amount of attention and appreciation. The house, which became a historic landmark in 2006, was commissioned by Art & Architecture (A&A) magazine’s “Case Study Houses” program; about 2 dozen houses were built during the program’s lifetime from the mid-1940’s to the mid-1960’s. A&A’s founder John Entenza, said that “the Eames House represented an attempt to state an idea rather than a fixed architectural pattern.”

The Eames House No. 8, the most talked about of these houses, was unconventional when it was built because it used glass and steel in new ways and was built in a meadow that the designers, Ray and Charles Eames, had fallen in love with. The “problems” the Eames brothers were trying to solve included: 1) not to destroy the beautiful meadow 2) to maximize space using a minimal amount of materials.

The Eames House design was an attempt to create a new model for affordable mass producible housing using materials and technology developed during World War II. The Eames House was one of the first houses designed to be made of prefabricated materials, making it easy to build.

At the time, the design was considered “avant-garde” but the house turned out to be a very comfortable, usable and deeply appreciated living space. The designers envisioned a house that would fit the needs of young married couples that could provide a place to live, work and entertain.