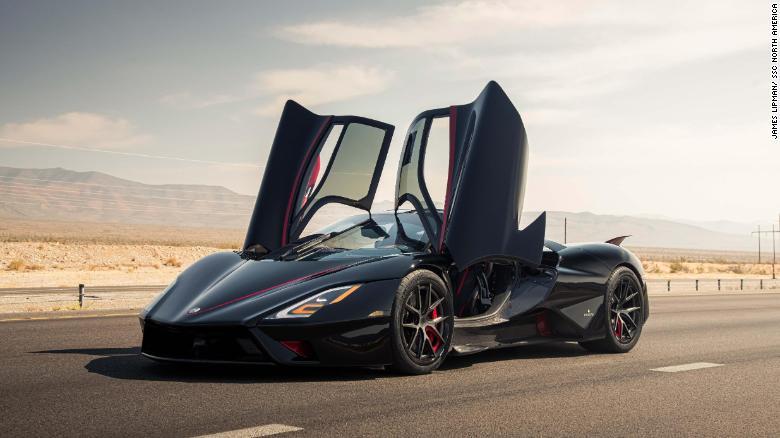 Shelby SuperCars (SSC), a Washington-based private car company in North America has set a new top speed record for a production car. The car hit an average speed of 316.1 mph on a seven-mile stretch of closed road.

Earlier Bugatti hit 304.77 mph (490.48 km/h). But Bugatti achieved this record only in one direction… making it insufficient for an official record.

The performance of the car was monitored and recorded by a special GPS measurement device and 15 satellites.

Keeping up with all parameters set by the Guinness Book of World Records, SSC shattered all previous records. Because it moved at a lightning speed of 316 mph (approximately 508 kph). The top speed run took place throughout 11.26 km on State Route 160 outside of Las Vegas.

Some features of SSC Tuatara: