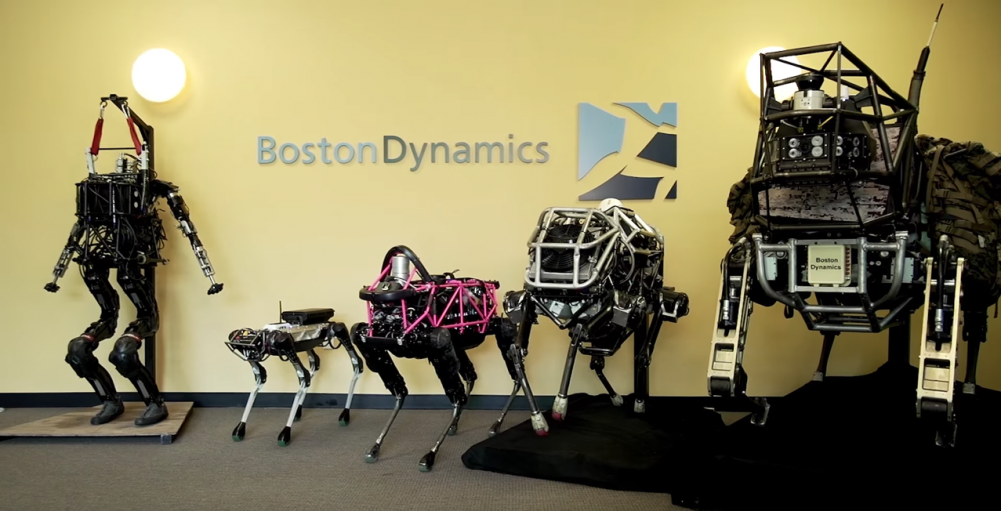 The Boston Dynamics motto is “Dedicated to the Science and Art of How Things Move” and its ongoing efforts to build the next generation of robots continues unabated. The lineup includes:

Now the company has created SpotMini, a smaller version of Spot that operates quietly in confined spaces. SpotMini runs on an all electric system without hydraulics, and one charge provides as long as 90 minutes of operation with more strenuous activities reducing its operating time.

SpotMini has been designed to be extremely quiet as its expected use includes work inside the home. Onboard technology includes a number of sensors that help the robot navigate and carry out tasks. Currently, SpotMini runs autonomously but can also take human guidance when it does higher level tasks.

The following video shows SpotMini in action moving around inside an apartment, loading a dishwasher, throwing garbage into a trash can, slipping on a banana peel, falling over and then righting itself, climbing stairs, walking, jogging, and more.