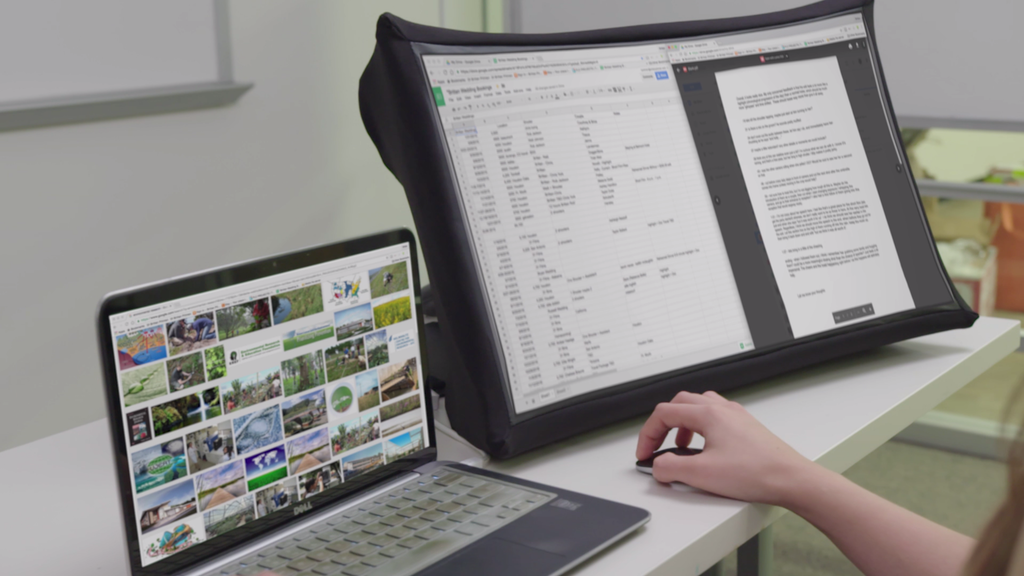 The Spontaneous Pop Up Display, AKA SPUD, is a 24-inch, portable pop up monitor which can easily be transported between your office, home, and everywhere in between.

While it’s not technically the first of its kind, the SPUD is rather unique in the the fact that it offers a bigger screen than most of its counterparts.

For gamers, this is a huge pro for the $399 monitor as it allows for a better experience with no squinting to see gameplay.

The creators behind the SPUD recently launched a Kickstarter Campaign to encourage people to get their contraption crowdfunded.

Although it is expensive, the SPUD does come with some neat features which include brightness levels between 100 and 225 lumens, a 1280 x 720 pixel resolution, HDMI or wireless input, and a battery that lasts for around 4 hours.