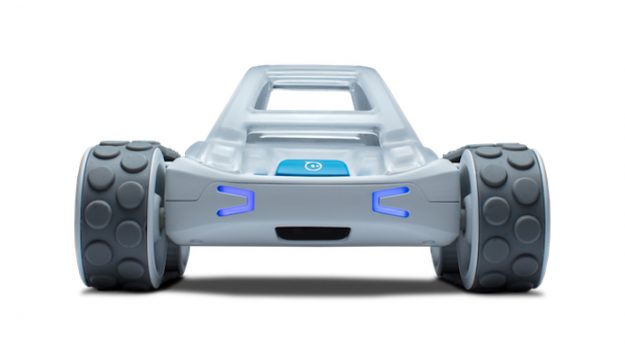 Sphero, the company behind the vastly popular spherical robotic ball that you can control with a smartphone has launched a Kickstarter campaign for a development platform that they named as the “RVR”. This new fully programmable robot has wheels instead of gyro-motors, is packed with a rich set of sensors, and sports enough torque to reach almost anywhere. The fact that this platform allows for so many programming possibilities make it so much more than just a toy, so hackers, engineers, researchers, students, and anyone who likes robotics can see something interesting into the RVR. That is why the Kickstarter goal has been reached since the first day that the crowdfunding campaign was launched, and there is still a full month left to go.

Sphero has equipped RVR with a universal expansion port (UART), so that other programmable boards and logic controllers can extend its functionality and stay inter-operable. Single board computers such as the Raspberry Pi, BBC micro:bit, and various iterations of the Arduino are included in the supported 3rd party hardware list. The programming is done through the “Sphero Edu” app that supports drawing of logic paths, code blocks, and Javascript text, so is stays adequately user friendly and simple for younger explorers, while staying powerful enough for the coding ninjas to realize anything.

Sphero says this is an “expert” robot at an “entry-level” price, and if you pick it up through Kickstarter’s pre-ordering you can get your hands on a brand new RVR for as low as $199! Of course, these early birds are flying off quickly, but thankfully the MSRP price isn’t much higher, at just $249. Sphero isn’t the first company to introduce such an exciting robotics development platform, but considering their decade of experience in making especially robust orb-like toys, we really have something that is worth our consideration here.