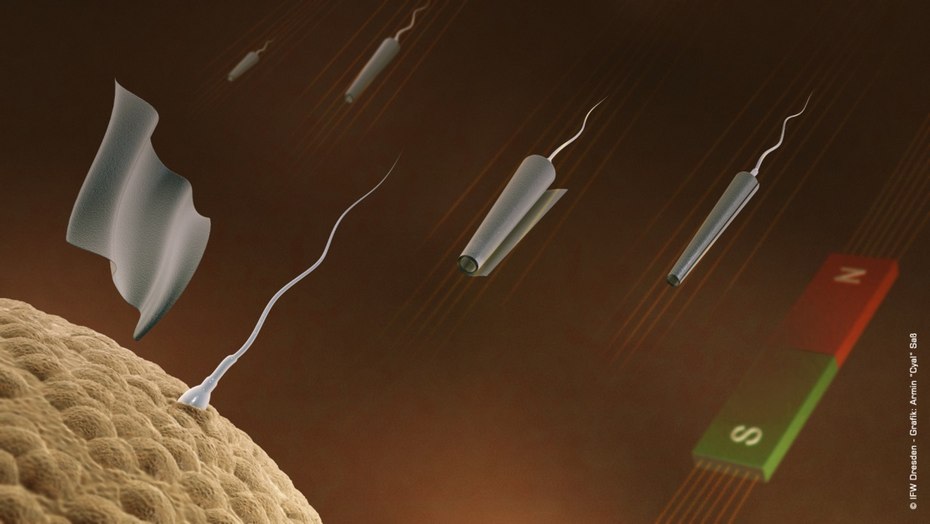 The sole purpose of each sperm is to swim towards and penetrate the waiting egg. It takes just one sperm to fertilize an egg and achieve a pregnancy, but for each sperm that reaches and fertilizes an egg, there are millions that don’t survive the arduous journey to the egg.

Researchers from the Institute for Integrative Nanosciences (IIN) in Dresden, Germany, have developed a motorized device which they call a “spermbot,” which can shepherd slow-swimming sperm to an egg or to deliver targeted doses of drugs. ‘Spermbots’ are made from conical microtubes of iron and titanium where one end is larger than the other. These spermbots are tiny enough to trap a sperm. When sperm cells were added to a solution containing these microtubes in a Petri dish, the sperm entered the wider end of the tube and got entrapped near the narrow end. The wider end was also closed mechanically by scientists so that sperm could not escape.

The trapped sperm began pushing and moving the tube forward. Next, the scientists used the magnetic field in the tubes to remote-control the sperm and guide the tube in the direction they wanted it to go.

These super swimmer spermbots could be used for targeted delivery of drugs anywhere within the body like a cancer tumor or an egg.